I know its not really that time of year for Apple Crisp but I picked up 5 apples and a pear on the reduced produce cart for 59 cents and as I had to put the oven on to cook some chicken, figured I would make an Apple Crisp at the same time. 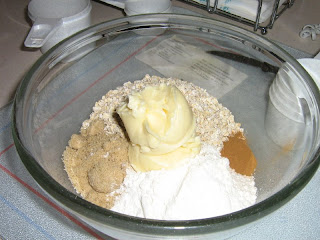 Put all ingredients in the bowl other than the apples and mix together until crumbly. I do this by hand. 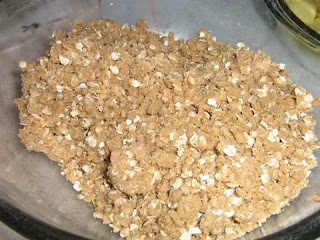 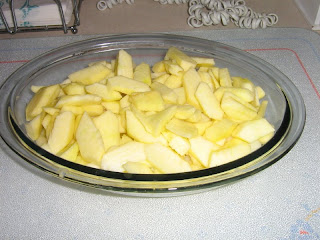 Put crumble topping on top of the apples. 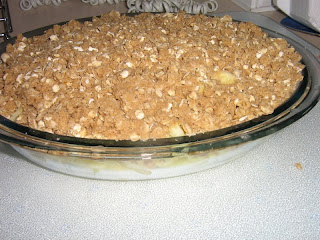 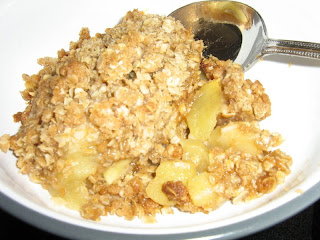 I have had this recipe for a number of years. It says on the recipe card its from the Nova Scotia Fruit Growers Association, so thank you to them for that. When looking for them on the web I saw another recipe for Maple Apple Crisp, now that looks good also.
at June 29, 2008

Email ThisBlogThis!Share to TwitterShare to FacebookShare to Pinterest
Labels: recipes

Thanks for sharing your recipe for Apple Crisp Gill..I will give it a try next time using your recipe, I like that you don't need the biscuits in it. :-)

Vi I have the British version of the recipe and it uses neither the oats or the biscuits. So there is another version as well.

Oh yum! Sounds delicious and I am saving all your recipes to try. Thanks Gill.

Thanks Denise, I hope you enjoy them :0)

Last time DH and I tried to make apple crisp, the apples we were going to use had gone bad... and we realized that after I had already mixed up the "crisp" part. So we just had the crisp on its own!
Your recipe looks yummy, Gill.