What with getting everything sorted out for the Facebook Shop and everything we have been up too these last few days have been a whirlwind of activity.

I picked up these two on Friday morning, Nora had a PD day at school: 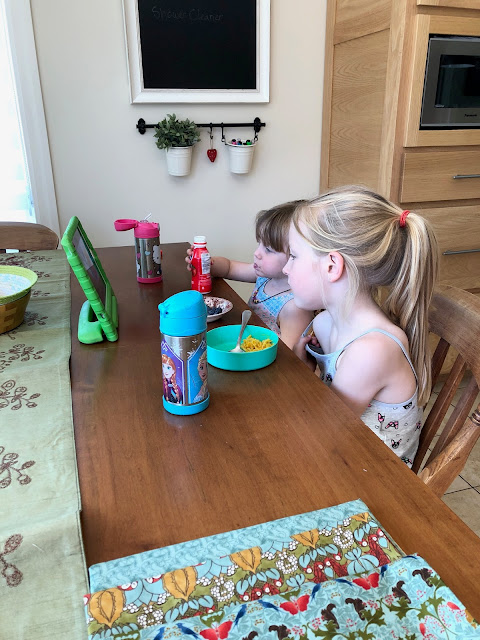 Here they are having Kraft Dinner, and blueberries along with a YOP Yogurt drink and water for lunch...........all while watching Alvin and the Chipmunks.  Can you see the fabric on the bottom of the photo, got a big parcel delivered on Friday!!

Anyhow back to the girls.  You know if I could only bottle up a little of their energy and drink it I would be a whirlwind.  They never stopped all day, and neither did their grandparents.  I finally got them to sleep around 9pm.  Nana and Grandad were in bed not long after!!

Saturday saw them sleep in until after 7am.........which we were glad about, as it meant we were able to get up and have a tea before they materialized!!  We were having a bike ride around the block before 9am.  Though Paige's legs get tired peddling up the hilly bits so we weren't out long.  Grandad then had them to the park..............remember we live by the park...........such a blessing.

At the beginning of Friday Nora could only manage getting across two of the bars on the monkey bars.  By Saturday she could do five of the six.  Next time I expect her to go right across.  When their parents picked them up before lunch, dd helped me with the Facebook Shop while their dad took them to their uncle and aunt's house for a pool party.  I dropped dd off there and they never left until after 6 pm.

We had a dump run Saturday afternoon to get rid of a pile of garden waste, as we are putting in a garden.  Then we had errands to run.  I picked up fish and chips for supper and they settled heavy on both our stomachs.  The older we get the less we can handle greasy food.

I sewed this custom set for someone on Saturday night, while dh watched woman's soccer. 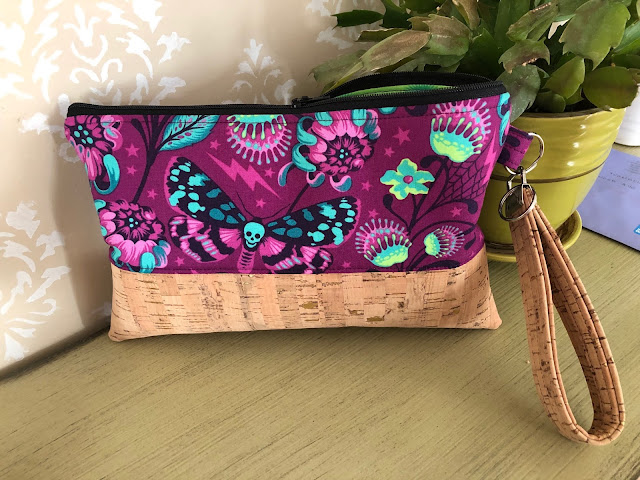 Sunday the sun was shining and I hung the laundry out and ironed it all outside as well. 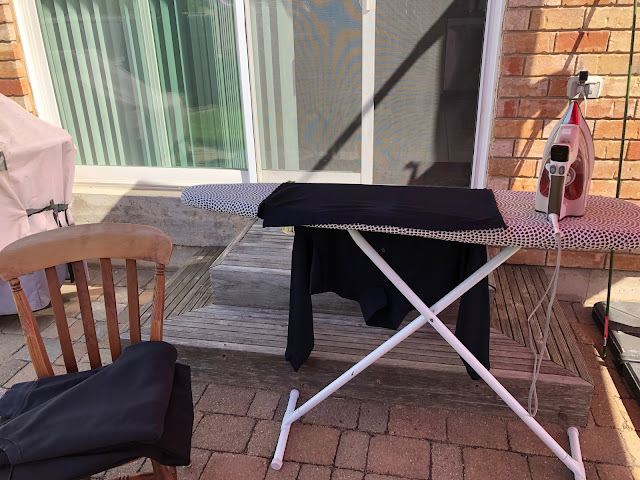 However despite the lovely weather the mosquito's were out in force.  I mean we have mosquito's here the size of small birds I swear.  Poor dh was bitten to death working in the garden.  I cut the grass and even I was bitten.  They even got into the house despite the screens.

So in the afternoon we hibernated as it was too hot for us.  I spent some time doing some sewing, trying a new to me project which I hope to sell in my shop when I get all the kinks worked out.

So here I am writing this on Sunday night wondering where the weekend went too?  Did you have a busy weekend?

That's something we don't seem to get pestered with here - mosquitoes. They must be a real irritant, not to mention agressive!
xx

You'll be able to have conversations about the food you had to eat as a child......the food you cooked for their mums and dads......and the food they eat. Never a dull moment with little ones!

How lovely to have the children over for a sleepover, making some wonderful memories to treasure.

what a whirlwind of a weekend! mine was busy too with mowing and doing office work

I try to keep my weekends quiet as I have my granddaughter Tuesday and Wednesday afternoon when I finish work and I pick Oliver up from school a couple of times a week too, so yes, I appreciate how much energy they have!
I react badly to mosquito bites, it's one of the things that has put me off going on holiday this year, no matter what I try they seem to get me.
Sounds like you are really getting on with your garden.

You sound very busy but very happy, opening your shop is an exciting time, your head must be a buzz with ideas of all the projects you will do! Lots of mosquitoes here as well, but at last the black flies have calmed down, can’t wait to see what you’re working on next!

Wow, you had a busy weekend, Gill. Your grands are precious. I know you love making memories with them. Best of luck on your FB page. Your things are lovely.

You certainly were busy!

It was really too hot to garden on the weekend, wasn't it. Now it is too wet! My back yard is once more waterlooged.