I picked up some of the Fridgesmart containers and I love them.  So in case some of you aren't familiar with them I thought I would show you mine. 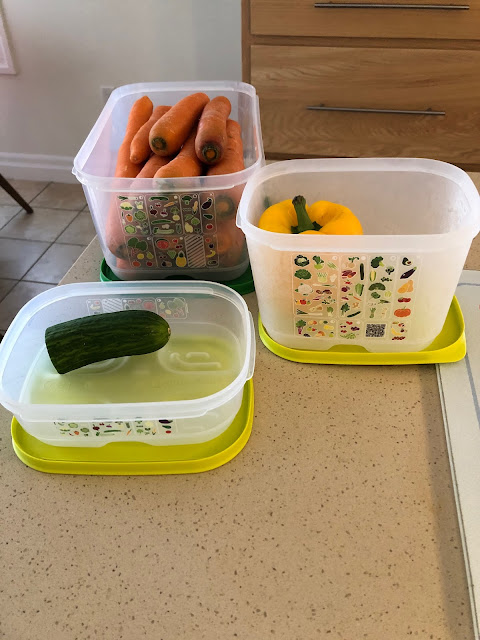 In the photo above you can see pictures of various fruits and vegs on the sides of the containers.  It indicates which position you should slide the slider for that particular product (photo below).  It's a venting system to keep the produce fresher. 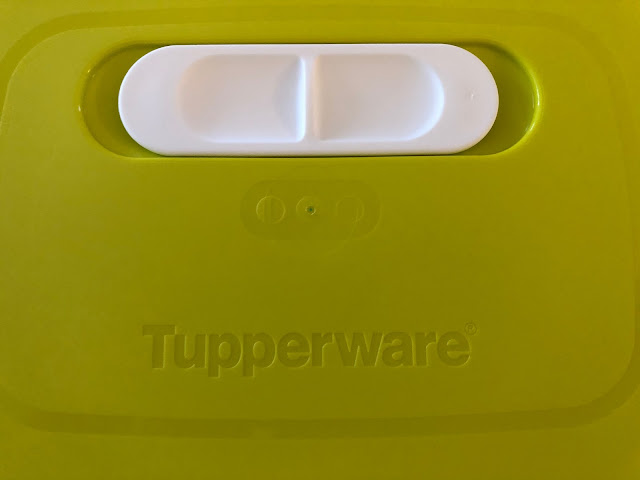 My kids buy a lot of fruit for the grands and they have had varying success with storing fruits in them.  I tend to keep veggies in mine as I don't buy a whole lot of fruit. 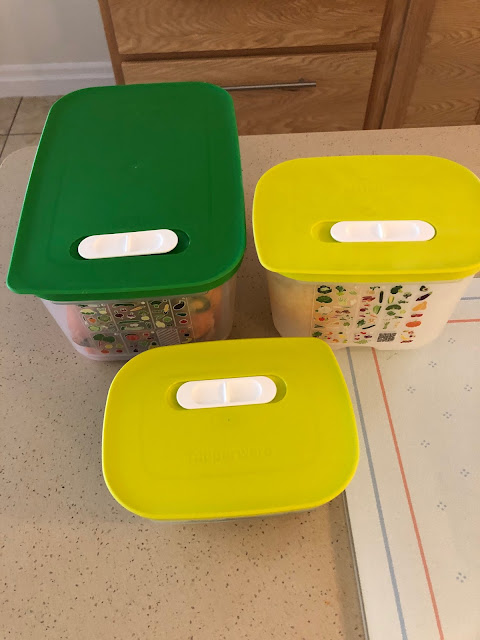 There is more information on the products here.  I know you can buy cheaper products from Rubbermaid etc.  I am very happy with these though so far.  They are dishwasher safe.  I have been using the Ziploc Veggie Bags for years, but prefer these containers.

(photo credit)
However the downside to the Tupperware containers are that they take up a lot of room, whereas the Ziploc produce bags squeeze in smaller places.
Are you a fan of Tupperware?

I subscribe to the belief that all those socks that go missing in the wash turn into Tupperware lids in light of the number of unconnected lids and odd socks that I forever accumulate.

I have gone over to lock'n'lock as I prefer the seals. Tupperware seems harder to come by too. I've never been a fan of tupperware parties. However I still have a Tupperware spaghetti storer from the 1980s and two large canapé servers which are all in regular use. These ones with the freshness seal look interesting - I keep veg in homemade cloth bags

This post bought back memories of when I used to go to Tupperware Parties years ago. I loved the stuff but they seem to have died out here in Uk.
I particularly liked the lettuce crisper.
Briony
x

I have a couple of similar containers that I use if I'm taking something to work that I'll be microwaving.

I haven't used Tupperware in a long time other than some very old pieces that my Mother had and I inherited.

I remember going to a couple of Tupperware parties with my mom - kind of a rite of passage at the time. I always found them to be good quality and owned a number of different pieces. I've never heard of anyone having a party for years now but I do remember seeing a set up in the Eaton Centre a few years ago - but they just had samples and you had to place orders.

I too have been switching to glass lock & lock containers - just trying to limit my plastic use - although the weight of glass when carrying food to the office is a consideration. The containers that you show would be too bulky for my apt. sized fridge - I do remember one that used to be used for veggies - it was green and long enough to hold celery or a romaine lettuce - it had a removable bottom that allowed moisture to drain away and did a good job of keeping things fresh.

Are they only available online now?

I did not know if one could still buy tupperware. I did use it in my younger days. And I did like it.

I absolutely love Tupperware! However, I sent damaged pieces for replacement and never got the pieces, so I refuse to buy from then again. I may relent for those pieces to hold salad.

Busy bee, but with nothing to show for it!

Isn't it always the way, you feel like you have never stopped, but honestly have nothing to show for it? One thing I was doing today was... 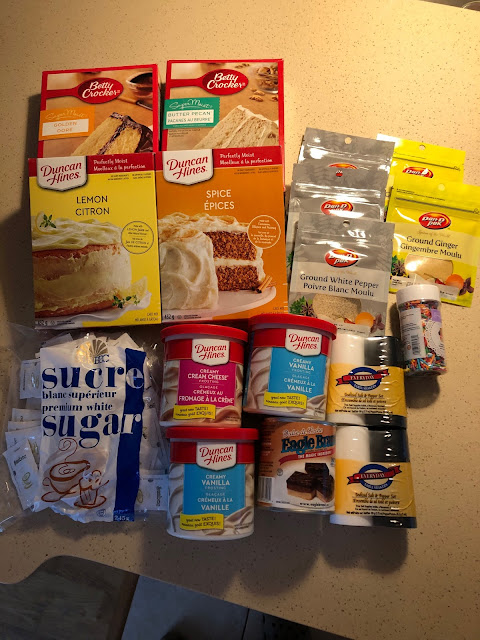