Had some crows handing out on Wednesday, guess they thought it was too hot and humid also? 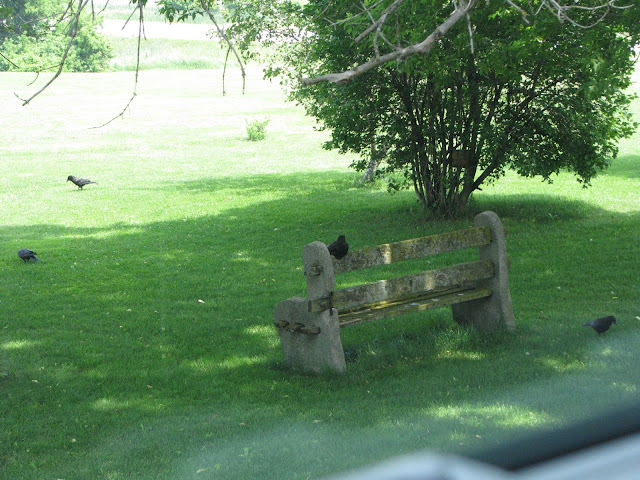 The one on the left was perched there forever just taking in the view. 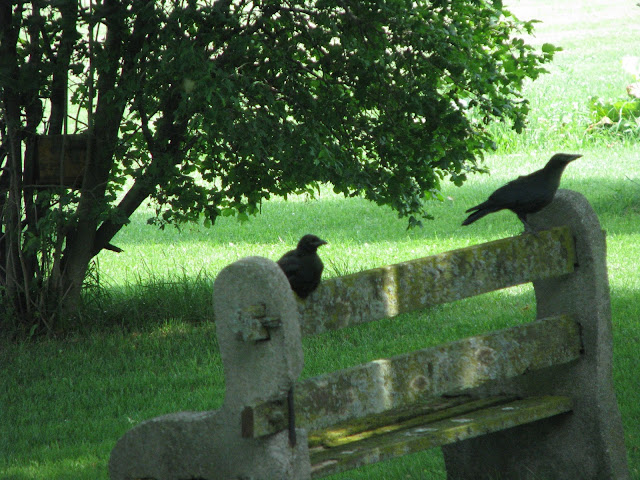 Went over to talk to the horses.  Zelda wouldn't turn around to say hello at all.  Elle is in the pen as she has thrown a shoe, so she is not allowed to run around.  She is also in "season," and was artificially inseminated and the vet is coming on Friday to do an ultrasound to see if it "took."  They do it at 14 days so if it's twins they can snip one away, as it's both dangerous to the horse and foal carrying twins.  If it hasn't taken I think Heather said they will try once more this year, but then that's it until next year.  So fingers crossed there will be a baby foal in the paddock in 11 months time. 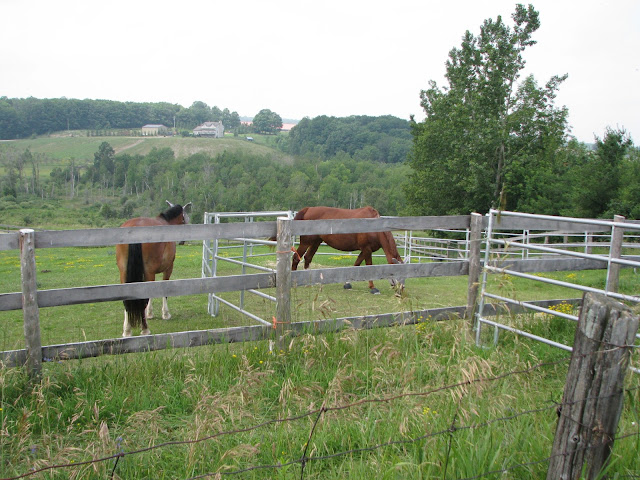 Uti did a least look up when I called his name, but again wasn't fussed about seeing me.  He is looking so well and his coat looks so much better.  I think he's enjoying living with the two girls.  I sound as though I know  lot about horses now don't I?  Heather just answers the seven hundred questions I have when ever I see her!! 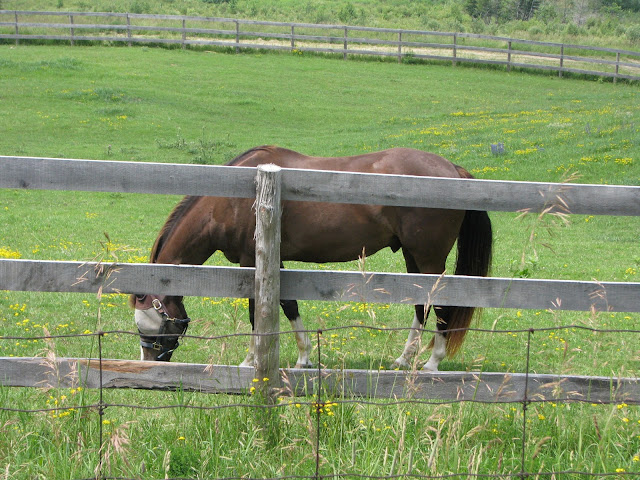 I took down the newspaper from the windows as it was like living in a dungeon.  Pleased to say haven't seen the male cardinal since.  Took me forever though to get the scotch tape residue off the windows.  Had to use Goo Gone and then clean all the windows again!!

Peanut butter works well on tape marks too. You certainly know a lot more about horses than I do! But I find it all very interesting.

I can't remember the date of mine and Chris' first date.May 1980 but I don't know the date.
Jane x

Vodka goes well with Lemonade, does it not? Happy Anniversary. Our first day was October 26th 1993.

I would love living next door to those horses...sure hope that you get to enjoy a foal. Of course if it took, that would be a ways down the road before it came...can't think how many days. I know longer than a human...

Its so beautiful where you live, Gill!! :) Such a good girl only having "lemonade" on your first date with hubby! ;)