As many of you know I am a big reader.  I have always loved reading and now we have moved close (ten minute drive, if that) to a lovely new library I am borrowing books at an alarming rate 😁  I post most of what I read on my book review blog here.  However some I don't review but I love regardless.

One of my favourite series are Laura Childs, "Tea Shop Mysteries."  I have read all of those books, but have only reviewed the newest release Broken Bone China. Infact during the months of January and February I re-read all of the series, just never posted a review on them.

I have read a number of the "Seaside Knitter's Mysteries," by Sally Goldenbaum, and Maggie Sefton's "Knitting Mysteries."  I enjoy both series and want to re-read them again.

One thing I did when signing up at the library was to sign up for the libraries newsletters that come out weekly via email on different genre's of books.  They have been a blessing and I picked up two books on Friday that were suggestions from these newsletters.

Both look really interesting and I thought I would share them with you despite the fact I haven't read them yet. 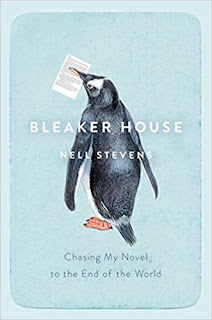 "How far would you travel to become a writer?8000 miles from home1085 calories a day3 months to write the novel that would make her name
At least that was the plan. But when Nell Stevens travelled to Bleaker Island in the Falklands (official population: two) she didn’t count on the isolation getting to her…
Hilarious and heartbreaking, this is a book about loneliness and creativity. It is about discovering who you are when there’s no one else around. And it’s about what to do when a plan doesn’t work: ultimately Nell may have failed to write a novel, but she succeeded in becoming a writer."
"Transcription," by Kate Atkinson 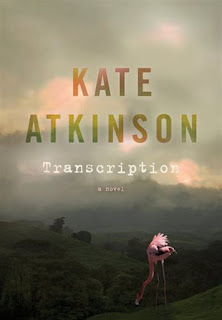 "In 1940, eighteen-year-old Juliet Armstrong is reluctantly recruited into the world of espionage. Sent to an obscure department of MI5 tasked with monitoring the comings and goings of British Fascist sympathizers, she discovers the work to be by turns tedious and terrifying. But after the war has ended, she presumes the events of those years have been relegated to the past forever.Ten years later, now a radio producer at the BBC, Juliet is unexpectedly confronted by figures from her past. A different war is being fought now, on a different battleground, but Juliet finds herself once more under threat. A bill of reckoning is due, and she finally begins to realize that there is no action without consequence."

I mentioned that I have joined a local book club and we meet once a month at the library.  For May's meeting we had to put forward books we wanted to nominate for the upcoming years titles.  Thought you might be interested in what I put forward.  I have read and reviewed all these: 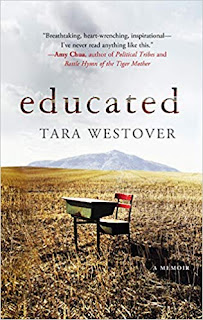 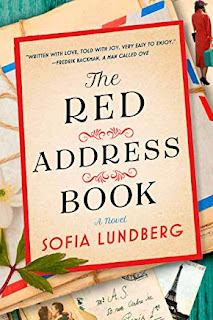 and The Gown: A Novel of the Royal Wedding by Jennifer Robson, review here. 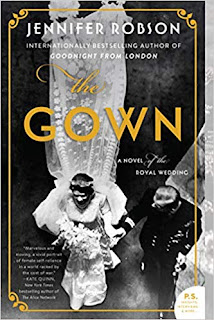 Have you read any books recently that you thought were really good?
Posted by Gill - That British Woman at Saturday, April 13, 2019

I love to read but a different type of genre. I love true crime and police procedurals. I recently read the true story of Anne Perry and her murder of her friends mother. quite riveting https://www.amazon.ca/Perry-Murder-Century-Peter-Graham/dp/1634505182

How nice to have a good library by your new home. I was a very good reader too but lately I think, I am spending too much time on the Internet. I should get back on the reading wagon.

Like you I loved "The Gown". I read it all in one day. I have to admit it made me cry. Such a great story.

I loved both Transcription and Educated!
I am currently reading "Paris by the Book" and really enjoying it.
You may like "The Darling Dahlias" series of mysteries - read them in order - they are all available through the library.
I will have to check out your other blog to see what books we may have in common.

I am very far from a library but recently discovered that I do like to read Kindle books. I've been hooked on war era historical fiction novels about family life in Britain.

I have read all my life and can't get enough of them, ,mostly cosy mysteries all the way to thrillers

I think some of these look and sound interesting...I just re-read Sod & Stubble by John Ise. You should check it out on Amazon and see if you would like it. I always used to think you would. It is one I read about once a year. I also read Forty Years in the Wilderness by Dolly Faulkner...both these books are memoirs type of books. I want to get the next one by Dolly Faulkner...it is her story. Also a bit back I read The Elephant Whisperer and could not put it down...another true story.

The second one intrigues me.

Will be ordering the Seaside series. I am a BIG fan of Maureen Lee, who writes historical fiction set in Britain during the war years and the decade or so after.

I'm scratching my head over this one....Amazon sent me an advertisement for The Gown right after I read your post the first time. Yes, I've since bought it on Kindle.