Sometimes it's the simple things when cooking that taste the best.

Made a quiche the other night.  Super simple.  Just took a frozen pastry case from the freezer.  Grated some cheddar cheese on the bottom.  Fried some bacon pieces for a few minutes and drained the fat off them.  Placed in the pastry case on top of the cheese.  Grated some more cheddar cheese on top.  Put four eggs and some half and half; or you could use cream or just plain old milk until you have around a cup and a half of liquid.  Whisk it all together and add some seasoning.  Pour on top of the cheese and bacon.  Pop it in the oven at 375 oC for 45 minutes.  To test if it's ready, put the blade of a sharp knife in the middle of the quiche and see if it comes out clean.  I never blind bake a frozen pastry crust.

I made a bell/sweet pepper quiche the other week using sliced bell peppers and one onion sliced.  Added cheese and the egg/milk liquid.  I softened the bell pepper and onion in a little butter/marg before putting them in the pastry case. 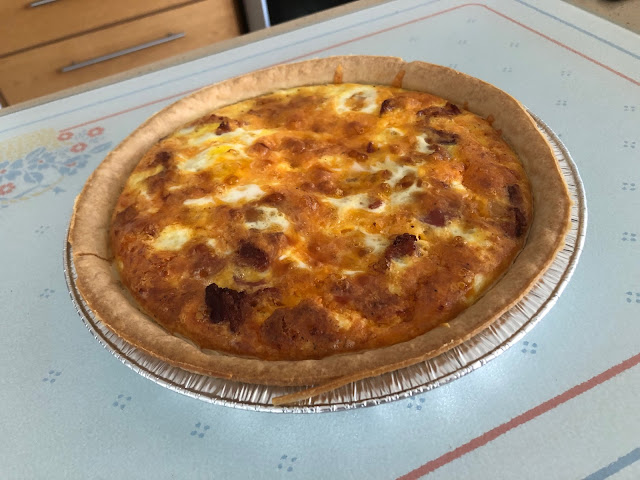 We had ours with a mixed salad and potato salad.   As there is only two of us, one quiche will last two meals. 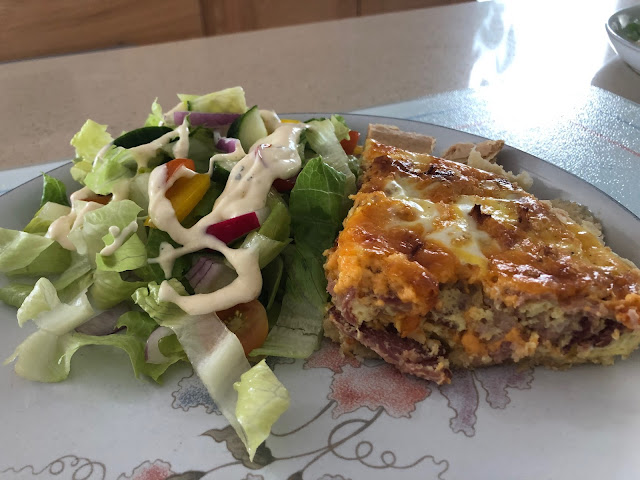 For a pudding/dessert we generally have sugar free jello/jelly.  I also like to make wibbly wobbly pudding now and then.  Again super simple.  Mix your jello/jelly with one cup of boiling water until dissolved.  Whisk in a can of evaporated milk; I use the low fat one.  I pour the mixture into four pudding dishes and refrigerate for at least 2 - 3 hours. 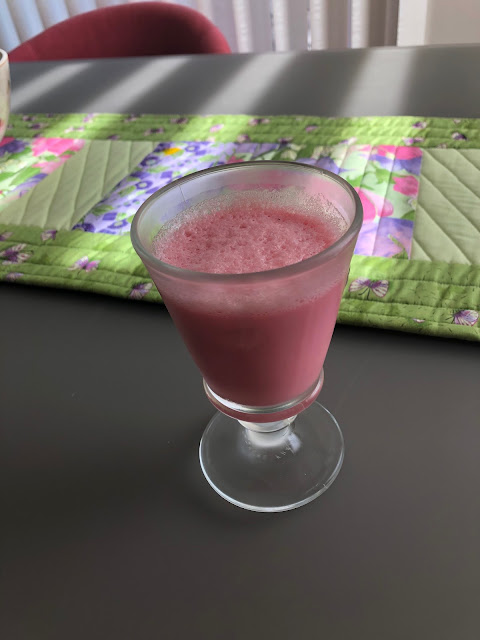 This one was made with raspberry jello. 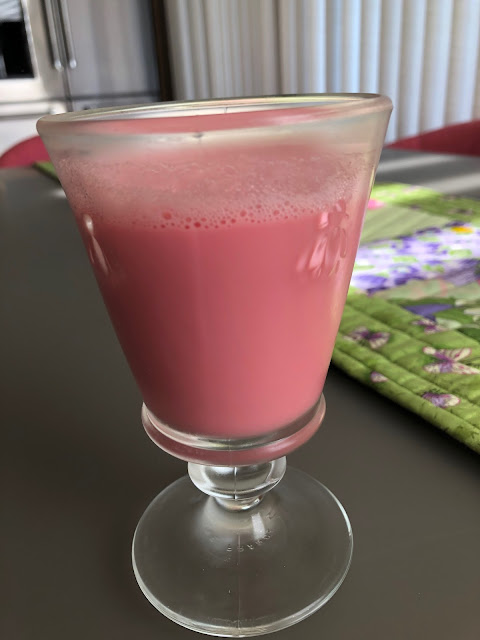 Prior to the pandemic you could get a variety of flavours of the sugar free jello.  Now we are down to just the two flavours, raspberry and strawberry.  I wish they would bring back the other flavours.

I am going to try that jello! It's interesting that you are having trouble finding flavours. Here in Eastern Ontario I have been buying multiple flavours of sugar free jello (lemon, lime, cherry, orange etc.)

Here in the US it is very difficult to get sugar free jello flavors also. I mean it's jello, why?

I am a quiche addict. I'd be happy to eat it ever second day, but my partner doesn't care for it. Last weekend I made it with zuccini, tomato, peppers, cheese. I sliced the zuc paper thin and put another very thin slice of tomato on top and then more parmasan cheese on top of that. It was sort of pizza-ish.

Well back at it this morning.  Did my 30 minutes on the treadmill.  15+ minutes at incline 10 then dropped down to incline 5 and worked my w... 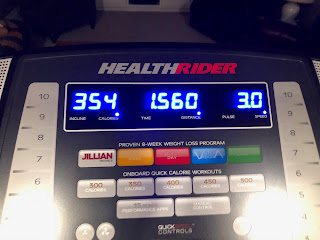