Hubby is on vacation for three weeks; so we have been getting lots of little jobs done around the house, as he's not one to just sit around.  The outside light out the back was as old as the hills, so we purchased another one and he installed it over the weekend.

It's just from Home Depot, you can see it here.  It was very simple to install, though you had to have a relatively small hand to install the light bulb.  I also wanted the seeded glass as it doesn't show the dirt as much. 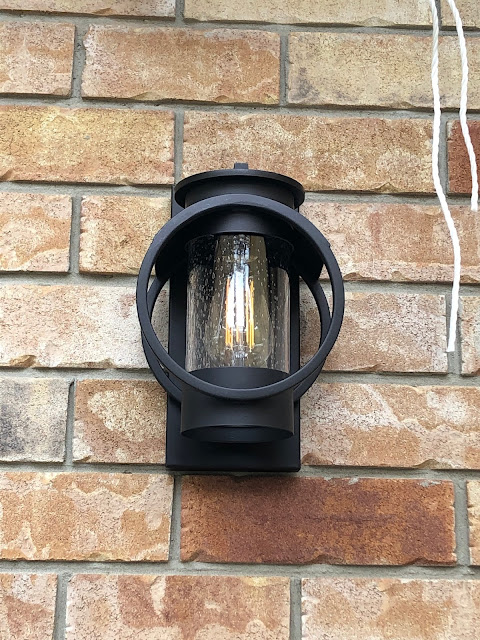 We went with an antique looking lightbulb that is LED.  I also wanted to make sure that no rain could get inside of the fixture, so the opening is on the bottom. 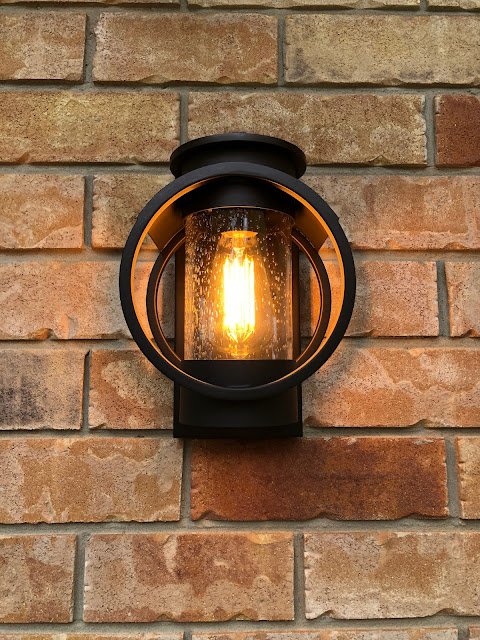 Gill you have done so much to the house recently. Love that light. I have a husband who loves to sit around so our outside front light hasn't worked for donkeys years. Nagging him to replace it just doesn't work and if I just bought one it would be the wrong kind

Maybe I should have gone to house maintenance classes but as he was an electrician I doubt I would have been allowed to do anything like that.