As it was stinking hot on Sunday I went down the basement to my sewing room and put together my June block of the month.  It's another Pinwheel variation.  This was all cut on the bias, and I thought the most difficult one yet, not helped by the fact one of the fabrics they provided wasn't enough, so I subbed my own for the rectangle piece.  Not to fond of the colour way but still pleasing to the eye. 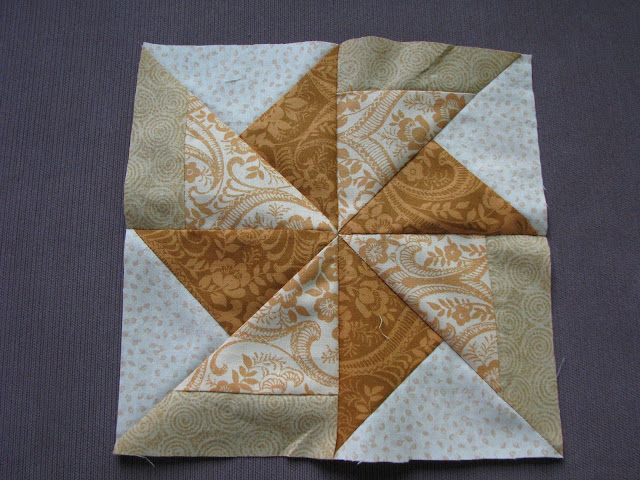 Dh decided to treat me to a Tim Hortons coffee; though due to the heat I had a frozen lemonade.  While in town we called in Zehrs where I picked up the three hair dyes, they were on clearance for $2 and I had $4 worth of coupons, so all three only cost me $2.78 and I have enough dye to last me the rest of the year. 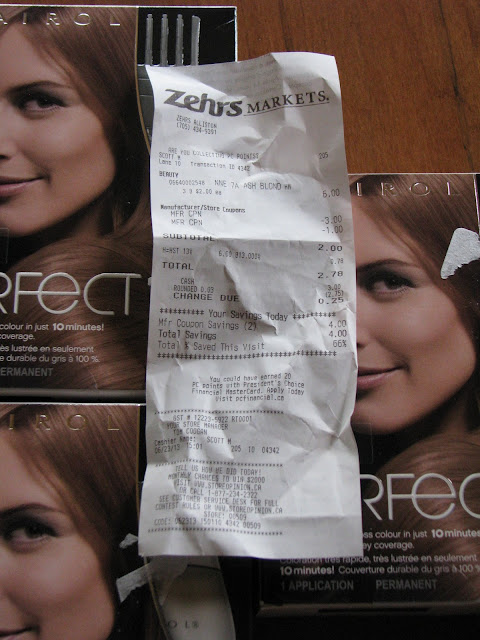 We also called in at Sobeys as I had a free product coupon and a $1.50 coupon for the Dempster's Garden Vegetable bread. Personally I think it's an expensive product even when it's on sale at $2.99 a loaf as it's only a small loaf.  However with the coupons I only paid 75 cents a loaf.  I also had a $1 coupon for the sausages, and with cashing in $5 worth of points I only paid $1.96 in total. 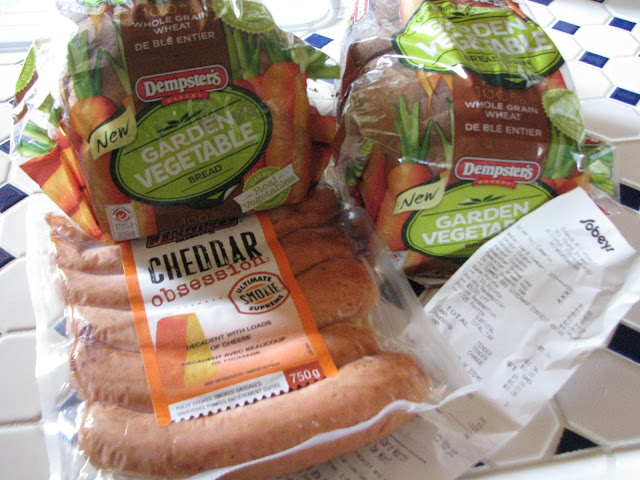 Not sure if you can see them in this photo but here are four of the baby squirrels.  I couldn't get the other three in the photo.  They are getting more and more adventurous and moving a little further afield. 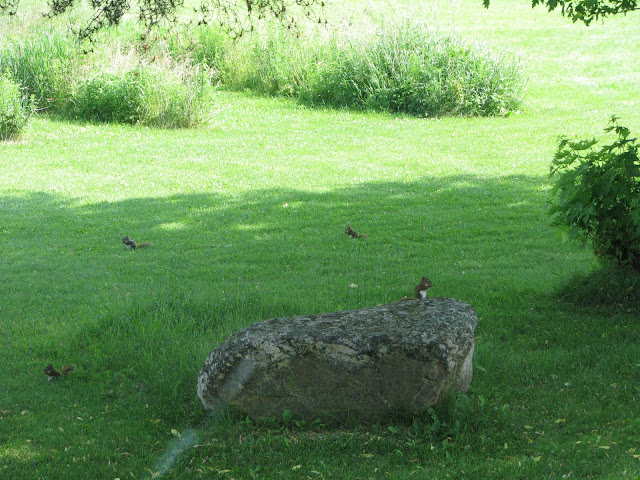 The squirrels are so cute. :)

I love the pinwheel but like you I'm not sure on the colour. You are such a great bargain hunter, we don't have coupons here I so wish we did, I could impliment all I have learnt from you over the years the babies are very cute

I think your quilt square is very pretty! Squirrels are fun to watch.

Oh Gill LOVE that pattern on your quilt block.
You are going to have beautiful hair without a worry for a long time now. Good buy.
Have a nice week. B