It's that time of year again, when the Great Northern Exhibition is on.  The weather was terrible on Friday with rain, and the forecast was iffy for Saturday, so we weren't sure if we would go or not on Saturday.  Anyhow, it turned out to be a stunning day, and quite hot and sunny.  Both dh and I got sun burnt while we were watching the trucks go through the mud bog.

The first trucks that went through were the smaller ones and they all got stuck at one certain place, so the tractor had to go in and haul them out. 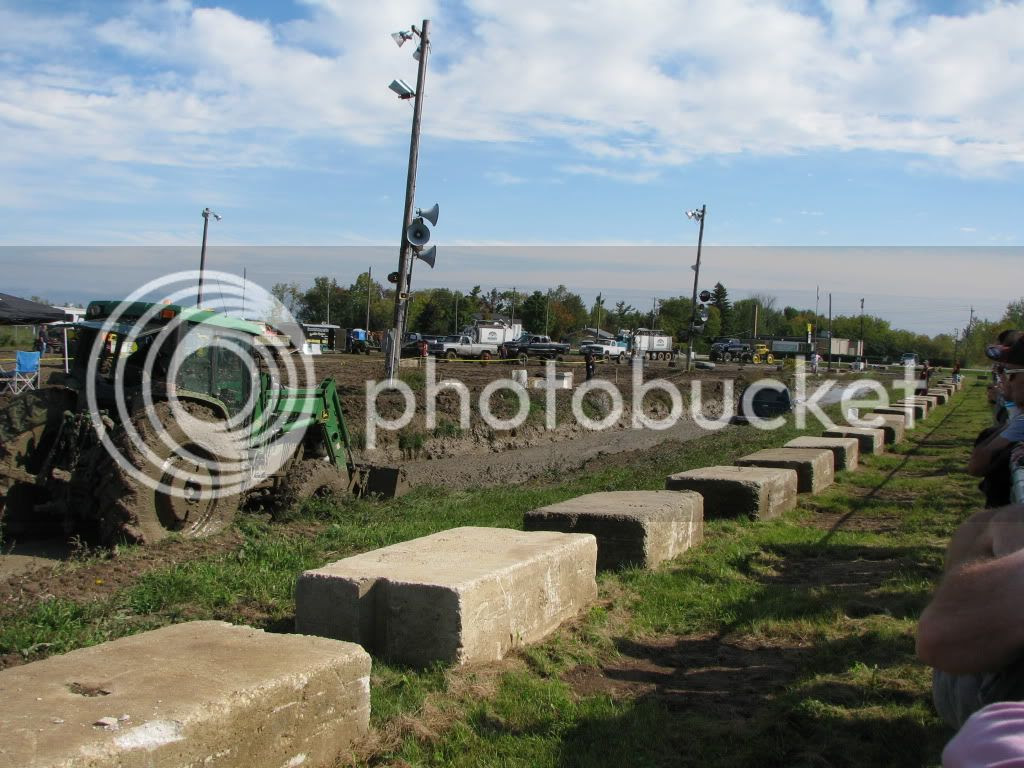 Took a few photos of the trucks lined up ready to go through the mud bog: 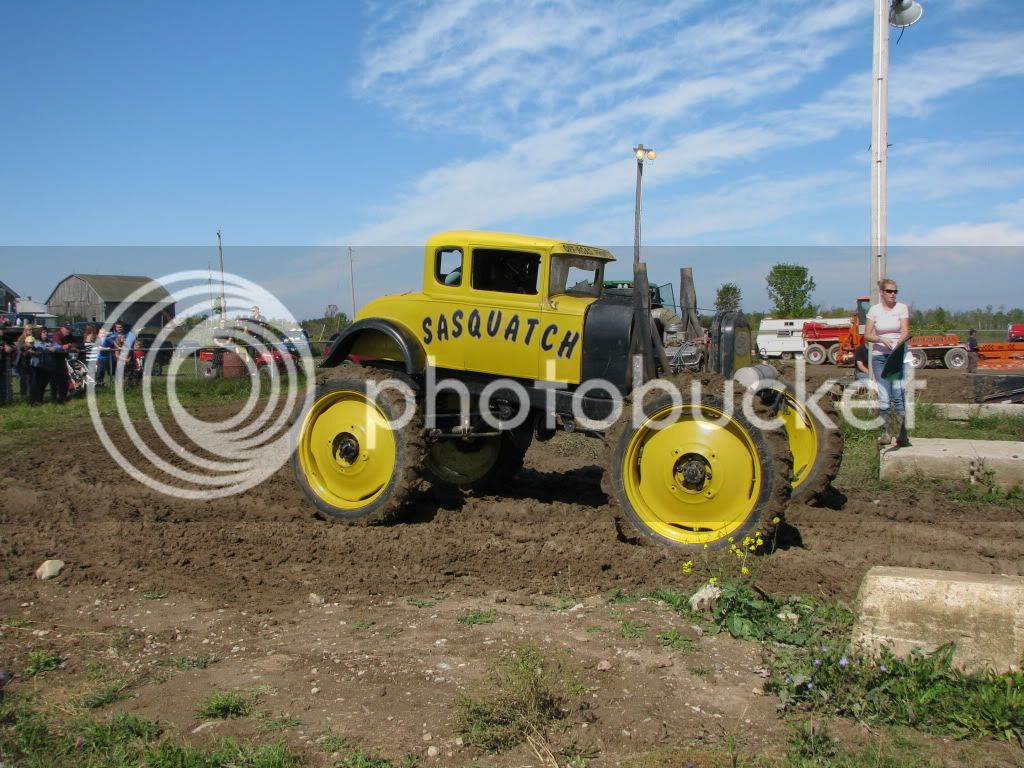 This is a type of a Mercedes Benz. 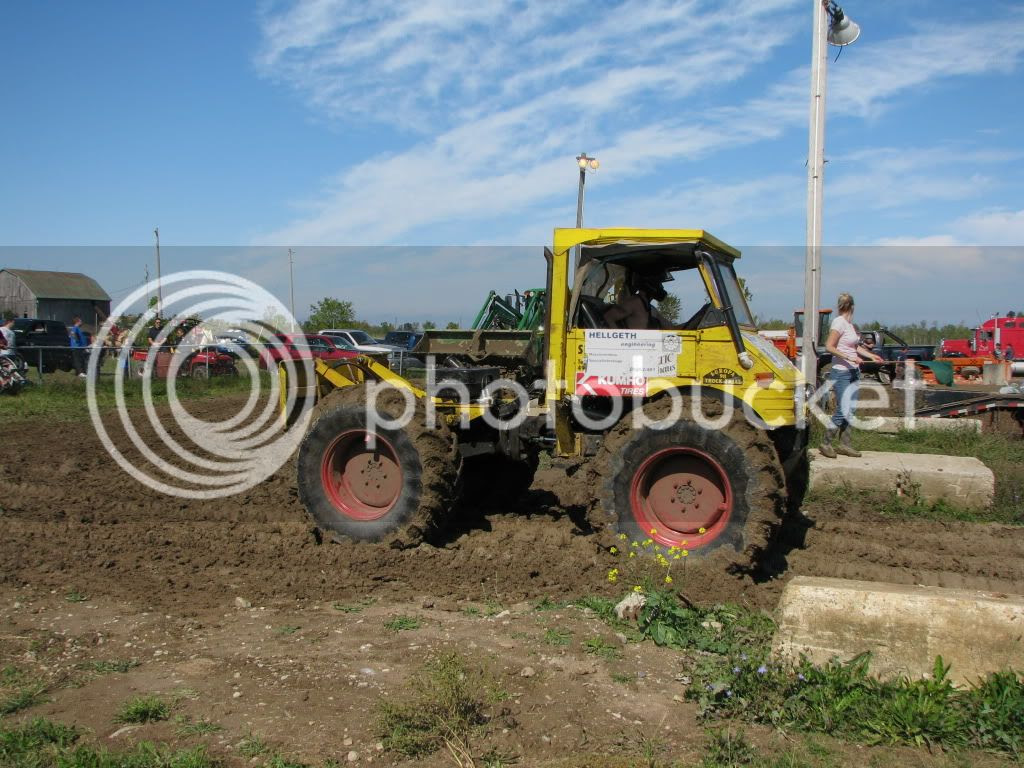 Another Mercedes Benz.  I overheard someone say these vehicles were made for the army, but are no longer made.  It had a lot of gears and was able to go through the mud bog no problem. **Please refer to my brother Nick's comment as he tells us more about this vehicle.  The guy whose conversation I overheard, obviously didn't quite know what he was talking about.** 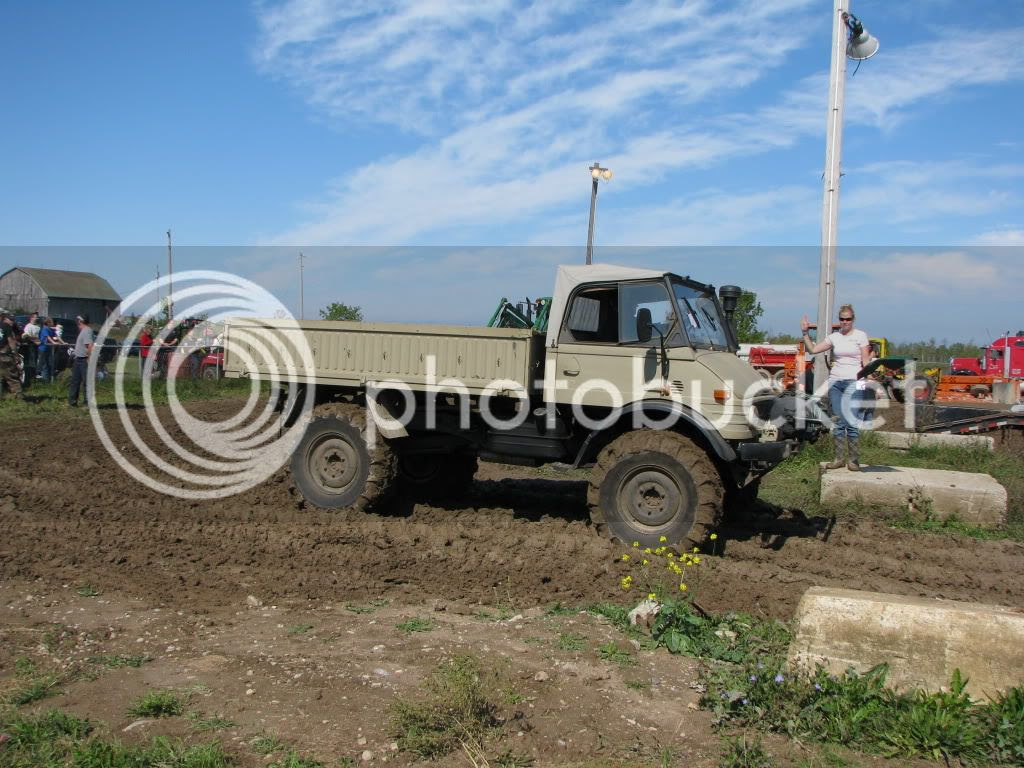 I never did figure out how the driver got into that truck.  The girl in the photo was probably at least 5' 5". 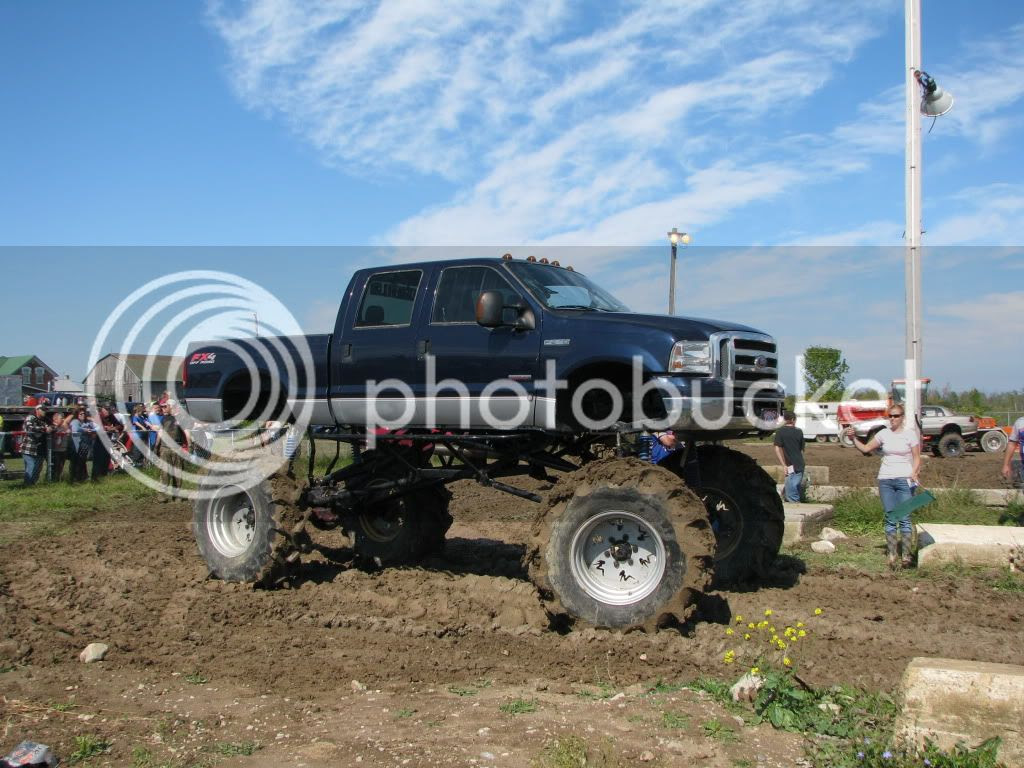 Another Mercedes Benz, like the other one. Even after going through the mud bog, this truck remained nice and clean. 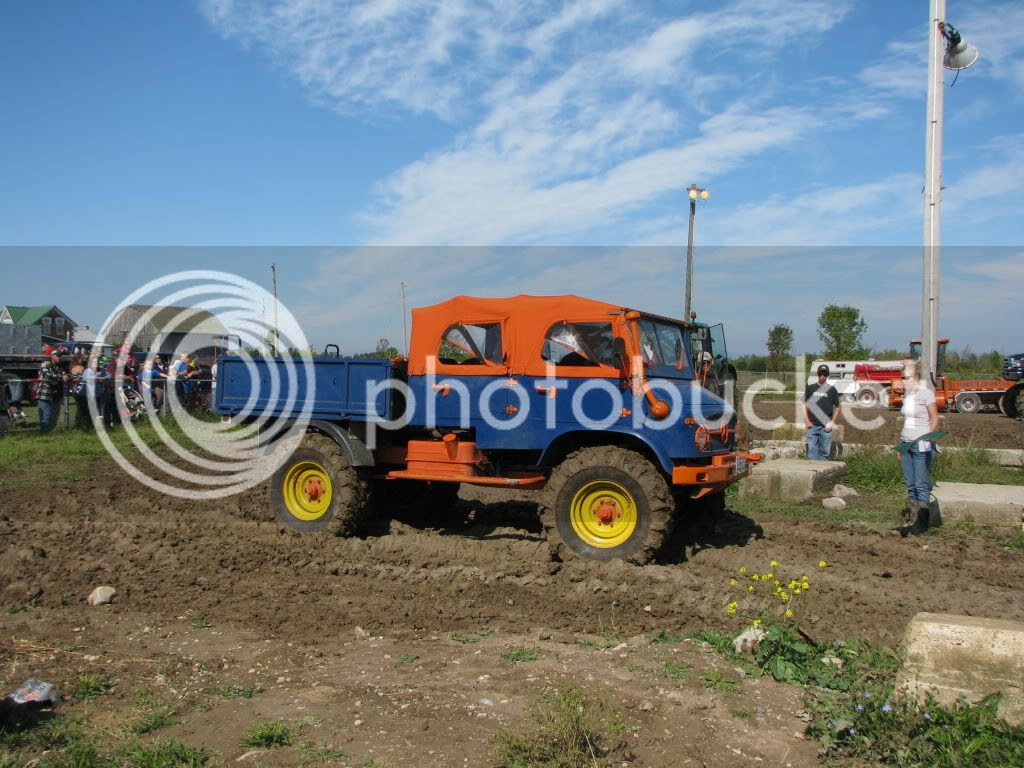 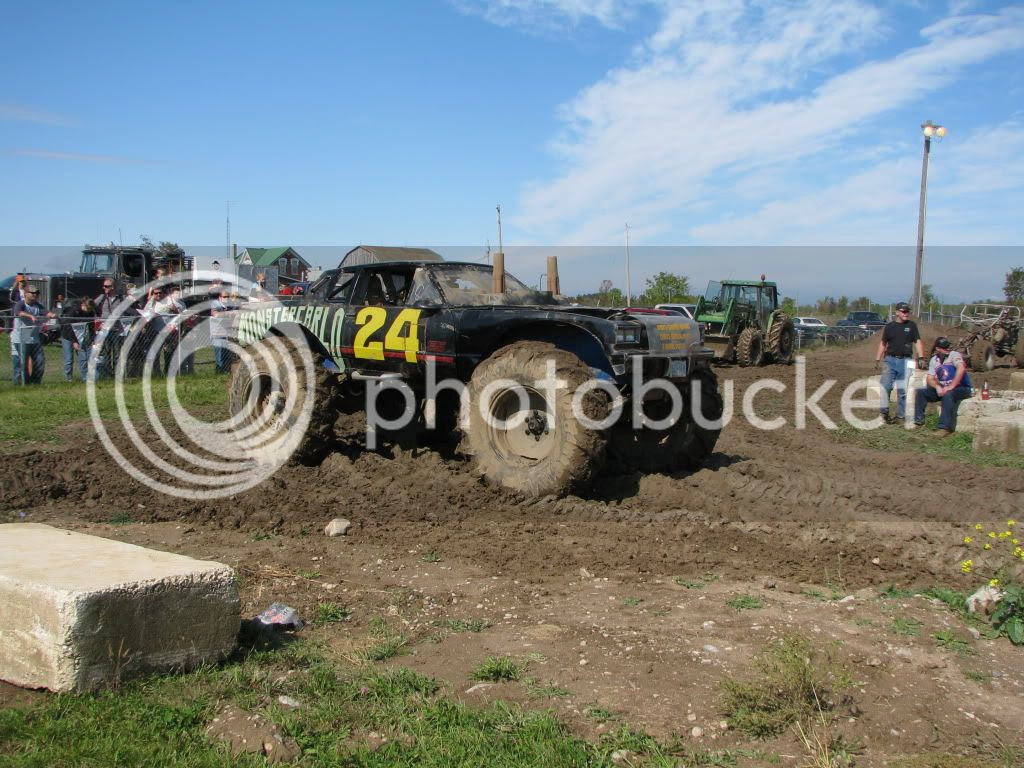 This truck was either called "Rednecker" or "Redneckin," I can't remember which. 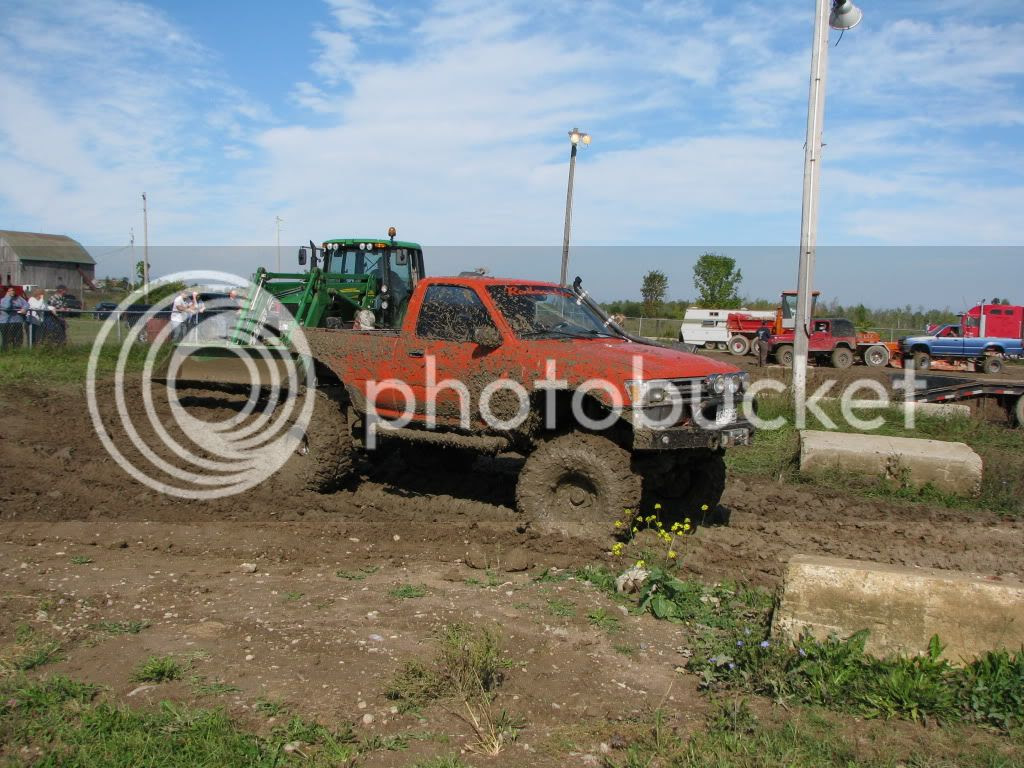 This guy was just covered from head to foot in mud by the time he got to the other end.   I didn't get a photo of him though. 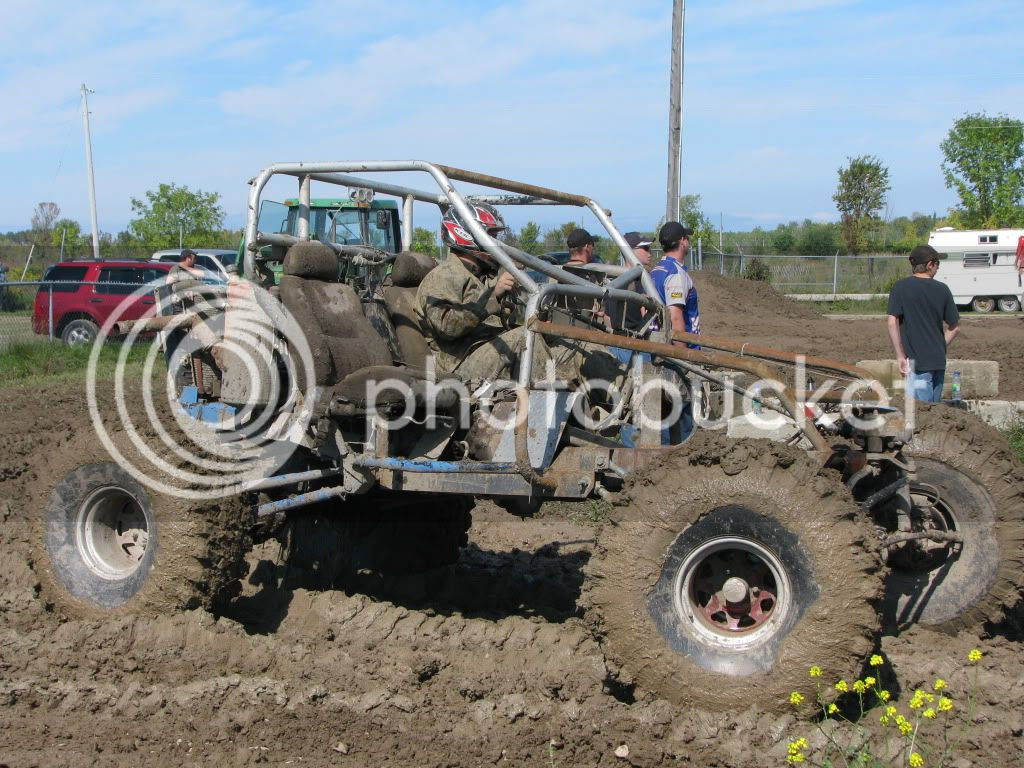 That's him going through the mud bog. 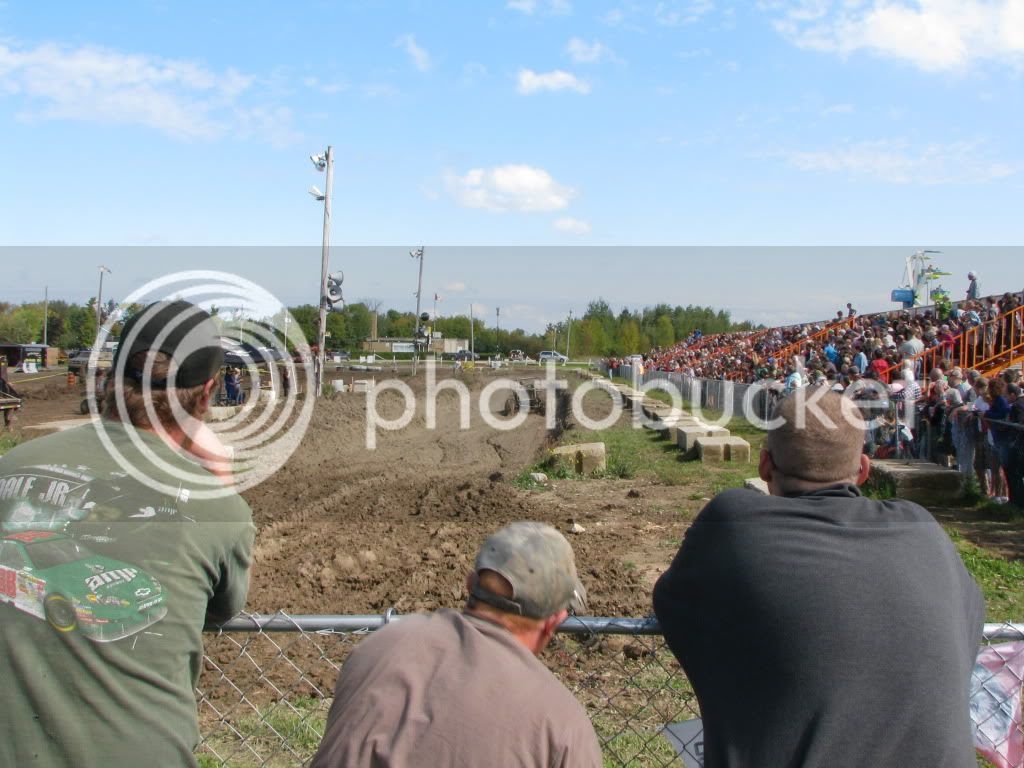 We really enjoyed ourselves, but there were so many wasps around it was awful.  Poor dh got stung by one so his arm is swollen now.

Talked to a farmer for a while regarding the cows that were on show in the ring. Very interesting and the way they pronounce Hereford over here is totally different to the way we pronounce it in Britain.  By the way, the way I pronounce it is hera-fud

Also, saw a sheep sheared and that took around a minute and a half to do that.  The fastest time to shear a single sheep is 45.41 seconds by Dwayne Black (Australia) on the set of Guinness World Records at Seven Network Studios, Sydney, New South Wales, Australia on 17 April 2005.

I will post the photos of all the quilts tomorrow, there were some beauties as always.

When we got home I decided to go out in the garden for a while.  Managed to get the grape vine trimmed back for the winter.  Not sure if I did it correctly, but it has two choices, it will either grow next year and I'll have a big crop; or it won't!!!

I also spent an hour and a half trimming all the bank down.  It's much too steep for me to cut with the tractor and even the push lawn mower is hard work.  I managed to get over half done, so will finish it off today.

Good day and a productive day for us.
Posted by Gill - That British Woman at Sunday, September 25, 2011

Only way you could 'over-prune' a grape vine is to cut it off at the ground. One good root stock and 4 to 6 'runners' of about 2 to 3 feet each and you are doing fine!

Truck photos were terrific and I enjoyed the shearing video.

I think Mercedes Benz has suffered in the translation? Somehow it's just not the image . . . . .

The truck photos are very interesting! I look forward to seeing the quilt photos, too. Looks like you had a really good time.

I'm a Kiwi who avidly reads your blog daily - I was devastated that an Australian has beaten the long standing Sheep Shearing record held by a Kiwi since 1957. No worries though, we'll win it again, lol!

I wish you every health and happiness.

What a fun day Gill. Nice to get out isn't it. Big toys for the big boys..lol.
Bet your enjoying the weather now..isn't it great.

sounds like you had a lot of fun! At least watching those trucks...

That Exhibition looks like great fun! Just the sort of thing I would enjoy going to.

Here in Oregon USA we say her-furd. I didn't konw it was pronounced differently in other places.

My grandsons would have loved to been at this "mudding" event ! oh and their father too ....