another lovely day down here!!!

We went to the South Carolina Aquarium in Charleston today. It was quite informative, but not that large. They do have a two storey tank which I must say is pretty stunning. What was also pretty interesting with that exhibit was that they had given a shark the equivalent of a Valium as it was time for his yearly physical, that is why there were a number of divers in the tank. We hung around for a while and they still hadn't caught him/her. I took a number of photos and will include some today.

Now the only exciting thing to happen was when we had just walked in and I started to take photos, then the alarms went off and we had to evacuate the building. I must admit for a second I thought I had set the alarms off, but figured out pretty quick it wasn't me............they were having a practice, which I admit was a bit strange when its full of customers???? We were in and out in a couple of hours, and we had a good look at everything.

Here are some photos: 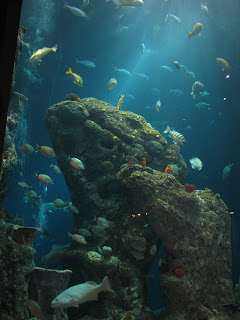 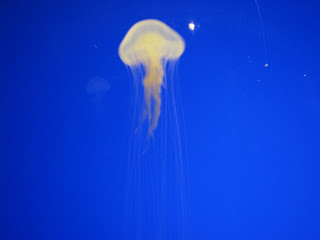 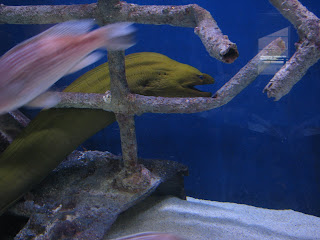 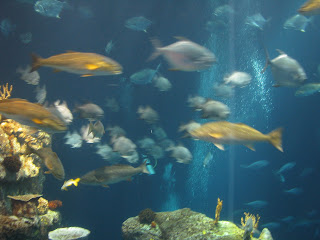 I love aquariums. We have visited many of them and always learn something new.

Looks like you are having a great holiday, full of interesting days out!

Hi Gill,
Love the pix.
Sounds like a Lovely vacation!
THanks for taking us along with you.:o)
Blessins',Lib

We're headed for Myrtle Beach within the next few weeks, and are going back to Ripley's Aquarium. We were there 2 years ago and it was so amazing! Unfortunately, that was before we bought our digital camera so we didn't get photos then, but I plan to rectify that this time!

Super photos and I enjoyed this visit to the aquarium. I haven't been to one in a long time. Glad you are still having a great time down there.

Your photography is amazing! All of those would be worthy of display on a gallery wall!