are really handy, and I am loving them.  Made a couple more things with some of the things from them.

I think in total I got 12 of the 50 cent bags that I talked about here.  Divided up amongst the bags were all these beads, and "button's."  The group of "buttons" in the top left of the photo, I actually have an idea on how to use them........ 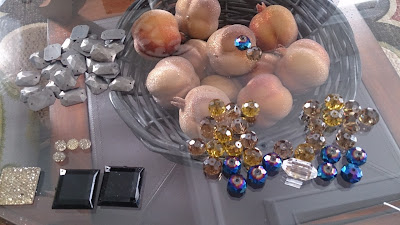 I decided to make a necklace for Nora using all the beads and some elastic thread. 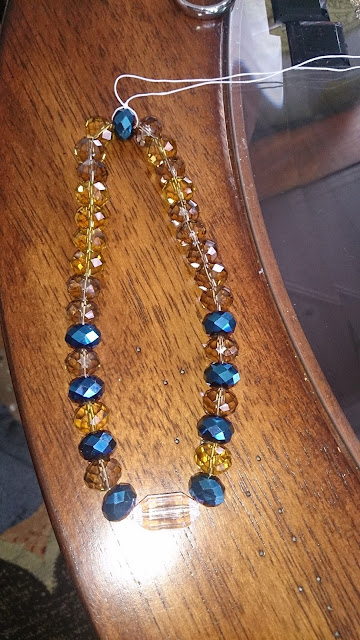 She loves to wear necklaces.  Her mother will trim up the elastic when she gets it.

There was also a piece of organza type material in one.  I cut that in half, got some cheap craft ribbon and thread and decided to make produce bags.  I only have one left from when I made some in 2008, which I blogged about here. 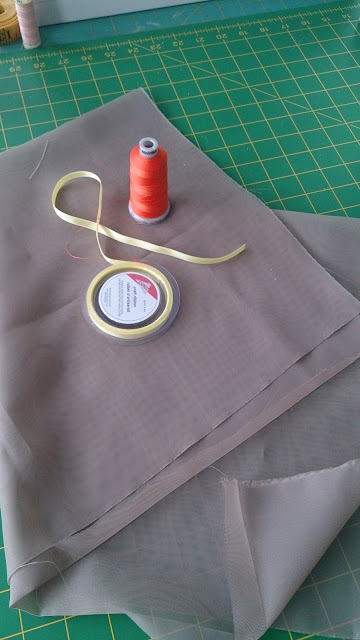 I cut some pieces of ribbon longer than the width of the material.  Turned over the shorter edge and sewed a pocket wide enough so the ribbon could go through it.  Did the same on the other end as well. 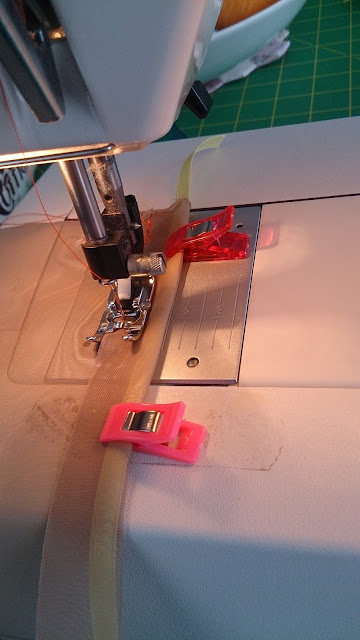 Sew up both side seams, I just used a straight stitch. 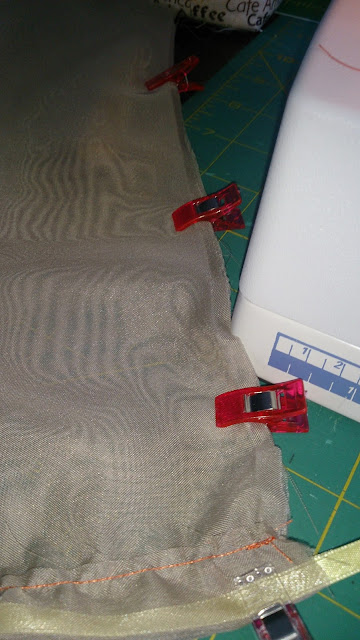 I then took my pinking shears and trimmed the edges.  Tied a knot in the ribbon to join them. 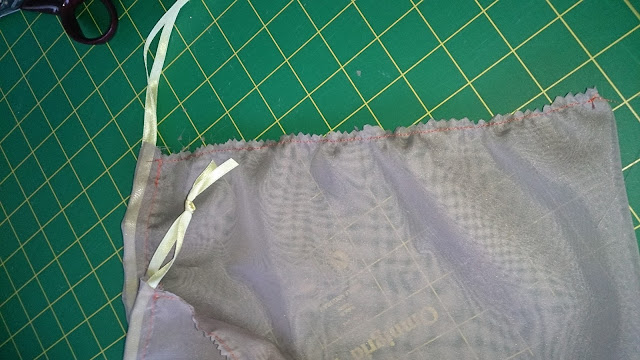 Turned them right side out and there you have it, two produce bags in less than half an hour. 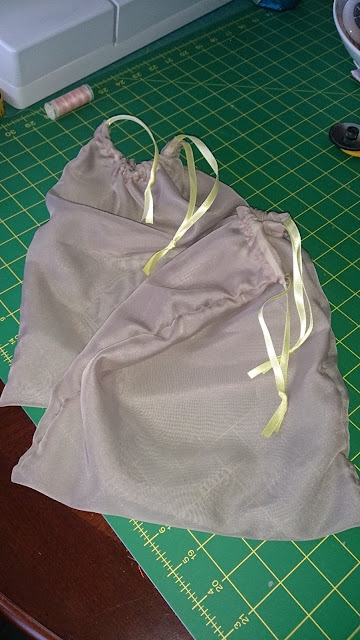 They are washable.  They could be made with any scraps of netting, tulle or organza.  The key to this project is to use a light weight fabric, so not to add extra weight and so the cashier can see the produce codes.  The finished sizes of these bags are around 10 inches wide by 12 inches long.

Simple, easy and good for the environment!

Another Barbie dress, made with more material from the bags: 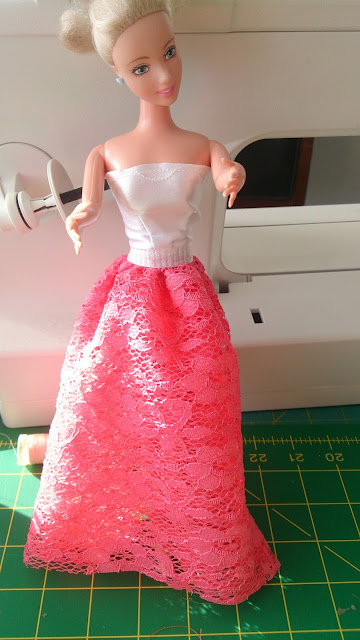 Then dh bought some Forearm Forklift straps from Canadian Tire and needed a bag to put them in: 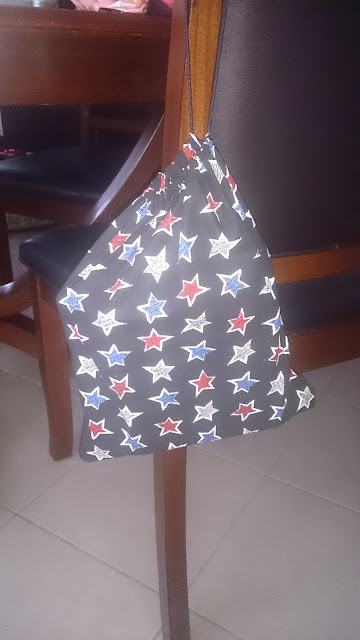 Both material and cording came from one of the bags.  By the way the Forearm Forklift straps got a 10 out of 10 from dh, as he along with son and son-in-law were moving a washer and dryer and the boys said it made life a lot easier using them.

What a great deal those bags were. You are sure getting your monies worth from them.

I think I have some lightweight fabric in my stash that I have been wondering what to do with. I see some produce bags in the future.

I love the idea of produce bags.

Anne in the kitchen said...

I hate contributing to the landfills with unnecessary plastic bag usage. Quite a while back I made produce bags and they are definitely the way to go. Mine aren't as cute as yours though.

My you have been busy & such great stuff you've made. Well done.