Can you believe they have put up the delivery rates on our Hydro bill.  I got my hydro bill in for December 28th through to January 29th and the total bill came to $129.78.  It's broken down like this:

As you can see I get charged more for delivery than hydro I use??  It just doesn't make any bloody sense.  As for me cutting back, I have no idea where?  At least it's getting lighter on a night so we don't put the lights on as much. I haven't used the dishwasher since before Christmas.  If I use the clothes dryer once a month I am doing well.  I try and have supper made by 5pm before peak rates.  Have as much as possible turned off.  Just not sure what else to do?

This week's "Home of the Week," looks better from the outside than the inside if you ask me?  Very pricey area and the $3.7 million price tag reflects that.  The inside of the house, feels so cold to me?

This week's "Condo of the Week," is part of a converted church.  I personally have never fancied living in a church; it just doesn't seem right to me?  I was surprised though at how bright and airy the place seems.  Make sure you look closely at the fridge in photo 5.  That is why I don't like stainless steel appliances, the fingermarks!!!  $720,000 seems like the going rate for that area, though I think you could get nicer properties for cheaper in the same area.

Saw this and thought it was amusing: 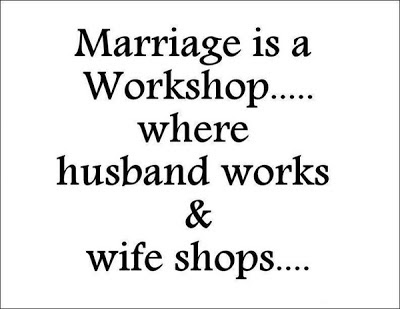 Email ThisBlogThis!Share to TwitterShare to FacebookShare to Pinterest
Labels: a funny, home of the week, hydro bill

It is the same way in Philadelphia. It costs more for me to have the water come from the street to my house then for us to use it. It drives me insane because there is nothing I can do about it

Delivery charges are a right joke aren't they. You seem to have such a large amount of land, can't you put up a wind turbine or something to try and ease your bill (after initial outlay). For the first time our electricity firm are starting charges, around £10 per month. Outrageous.

Hi Gill I had my hydro down to a total $69. bill until we had to start plugging in the tractor now it is $125. hopefully I will get back on track. I never wash in hot water but I have a front loader which is so much more efficient and does an excellent job. I do use my dryer for most things right now.
I have everything electronic like TV on power bars which I leave off all night and most of the day. I hope some of these ideas work. I must say we have a wood stove and rarely turn on our electric base boards. Ontario does have strange off peak hours and I am tired of only doing laundry on weekends when I should be having fun but it does save a lot.
Take care B

We changed all our lights to LED. They are a bit more expensive but are supposed to work for 22 years and use only about 10-18 % of a normal light bulb.
We bought the Phillips ones from Home Depot. We changed first those bulbs that are used the most.
Our hydro bill went down from $98 to $93 this past month and from $104 in October to $93 now.

I love the master bath in the house!
Jane x

Do you know how many kilowatt hours you used...and what they say they charge per KWH? Ours is 0.0962 per KWH. And that just goes up a little bit every month.

I've never seen such a thing. Wouldn't delivery be included since the power lines already run to your house??

It is just ridiculous!! I'm not sorry we moved to a condo in November and all that crap is built into monthly maint. charge. Even if no one is home it costs for electricity. We also had gas in our house and we got charged when we moved for "breaking our contract"!! $260!

we had our "smart meter" switched on last spring.. in June it stopped working.. after the first missed hydro bill we started calling, only to be told repeatedly that "the problem is being resolved"

we FINALLY received our first hydro bill this month (since last June), and I'm thankful I was sending my usual amount in to them each month, as our hydro bill was over $1,200 this time.. sent out on Feb 5 to be paid by the 24th.. no way could we have come up with over $1,200 within a couple of week to pay it off..

with me sending in a payment each month, and not having a bill.. it was all credited to my account, so after the credit amount was deducted, we had a small amount to pay this month..

so watch out for those smart meters.. they sometimes aren't , and you'll get no help from hydro to try to figure out what the problem was (we even phone our mp, and the secretary said we weren't the first people to call to find out what to do.. there were lots of rural residents that the meters stopped working for)

Yup... I feel your pain, Gill. Our Hydro bill keeps going up as well... I just knocked the heat down a bit and am *REALLY* going to watch when we use appliances. I try NOT to use the oven during the week and cook with my skillet, crockpot, or toaster oven as much as I can during the week! Sometimes you just can't win though...

Just have to tell you our latest electric bill the rate was 10 cents KWH! And that does not include taxes.