Having a night out tonight and it's not even the weekend!!!

It's very rarely we go out at night through the week, but it's the annual Drawing for Art fundraiser tonight.  Here is a link to this years choices.  Both dd and I want the same painting, go to page 5 it's the one by Sarah Shaw with the poppies on it.  We have both come to an agreement, whose ever name gets drawn first can have it, no hard feelings, as there are others that we both don't mind having.


Here is last years pick and here is the year before's pick.


Managed to get some more weeding done, so slowly and surely all the flower beds are coming together.  We still have snow but I live in hope it will be gone by the weekend.  We had some damage to a couple of trees from the storm at the beginning of the week: 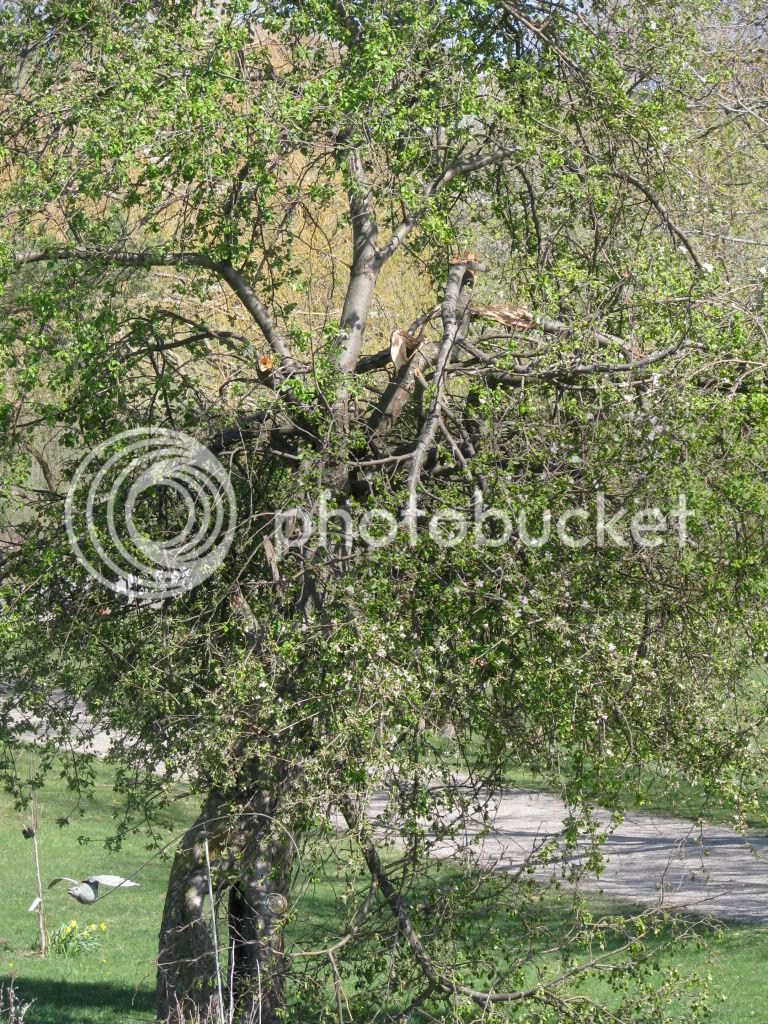 Cindy always has some great recipes on her blog, and on Tuesday she had a recipe for Cottage Cheese Biscuits.  As I had some cottage cheese that needed to be used up I thought I'd give them a go: 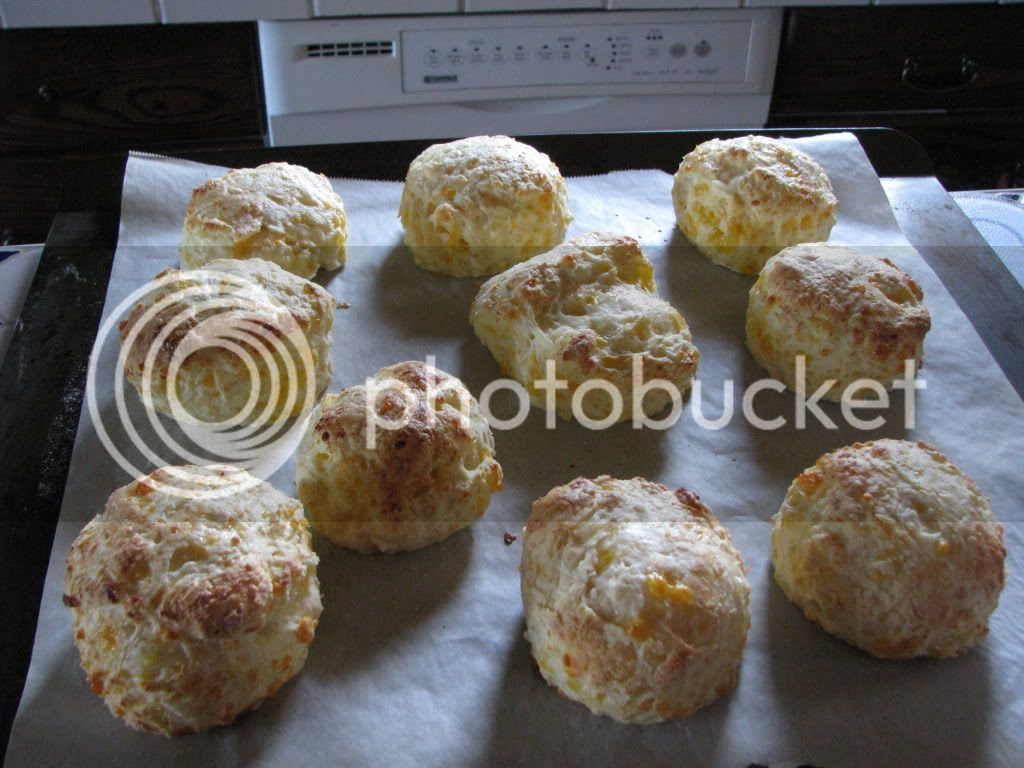 Add cheese mixture to flour mixture, just until blended. If to wet add a little flour. Pat onto floured board and cut into biscuits 1/2 in thickness. bake at 425F for 10-12 min.....don't crowd on cookie sheet. 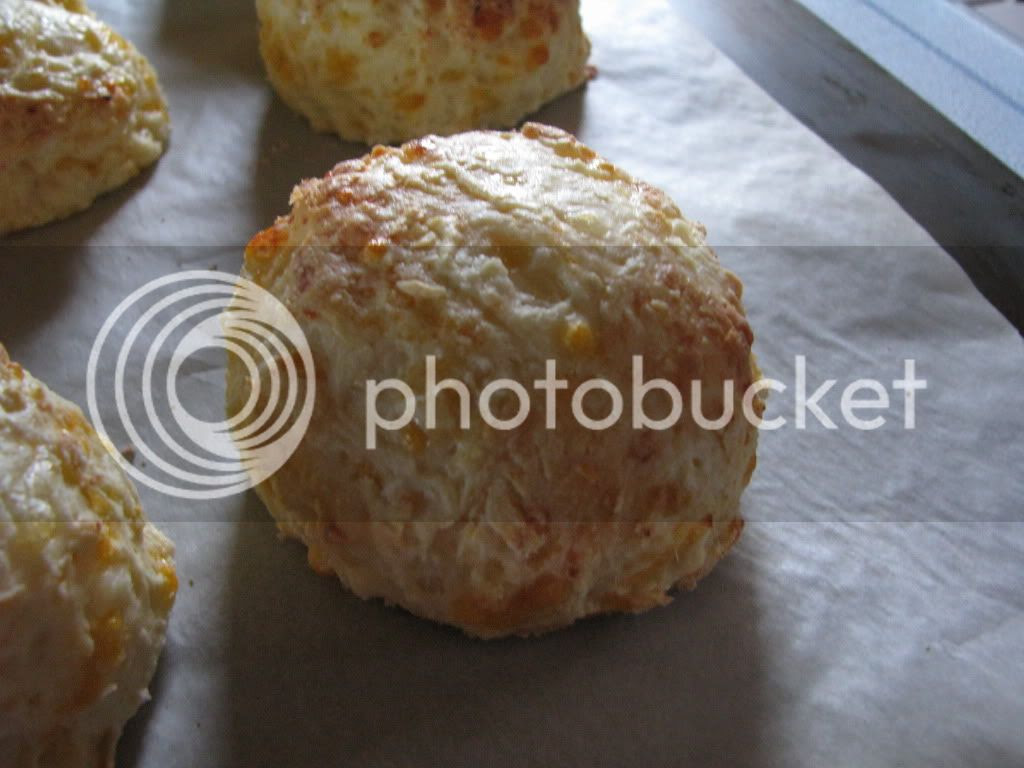 Now as always I slightly changed mine.  I grated/shredded the cheddar cheese, as cubing seemed to be fiddly.  I used half and half instead of milk, cream would also work.  I also crushed the biscuits with half and half before popping them in the oven to brown the tops.

I had a look at the paintings Gill and enjoyed the visit. The poppies are lovely as poppies always are.
The cheese scones look delicious. I always choose one of those when I have coffee in Debenhams during my weekly trip into town.

The cottage cheese biscuits look lovely, Gill. Hope you enjoyed them? I so prefer the "old" cheddar & was sorry I only had the other on hand, as it does make a huge difference. I love the idea of using half&half, however I am still working on my waistline ... lol

I really enjoyed the visit to the gallery and think the poppies are a wonderful choice. There are a few others there that I liked also! The cheese biscuits look yummy, recipe is easy enough, I might give them a go. Being Southern -- biscuits are always welcome in this house!

Gill,
Have a great night out. I hope one of you come home with the painting.
Page 7 Lake Lilly is also very nice.
Nice looking biscuits, I wish I could reach out and try one. Right Now.

Have fun...my daughter had poppies just that color. And I bet that would be her choice, if she were going.

I haven't looked at all...going to later. But saw a lot I liked and I only glanced.

I'm sorry you had to "crush" your biscuits with half and half...perhaps something a little lighter next time? (Sorry, I couldn't resist!)

Wow !!!Looks Some Yummy! they loook lovely!!! thanks for sharing, and glad they turned out for you:)