My step-father is an amateur watercolour artist and he brought me over a couple more paintings when he was here.  I chose a couple and got them framed.  The first one is a typical British post box: 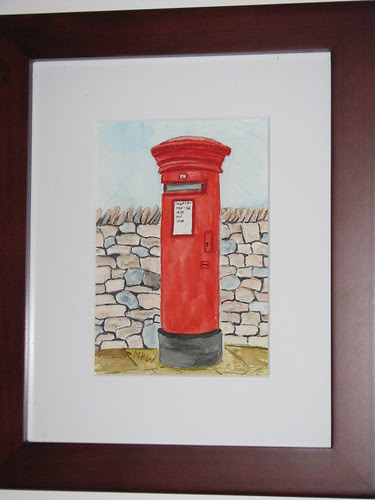 The second was is a lake scene one of his specialities: 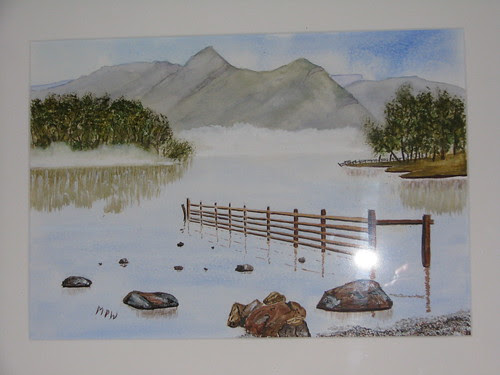 I have had these other two of his for a few years now, I really like this one: 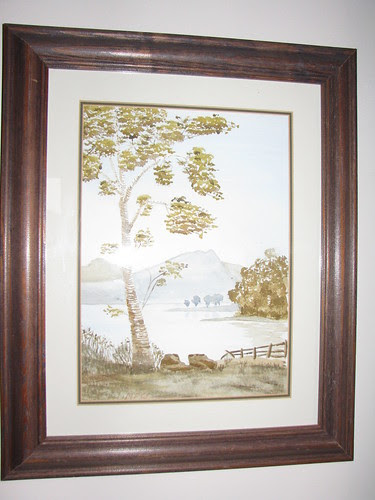 Another one of his water scenes: 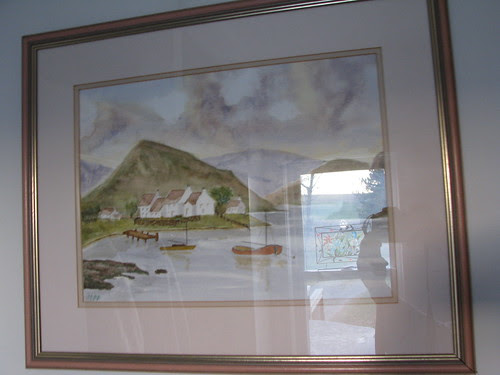 They also bought me an original watercolour by an artist whose last name is Barton. He is dead now and his daughter was selling off some of his works. He is a British artist but I forget what else they told me about him, other than he did some work for York Cathedral, I think it was York. 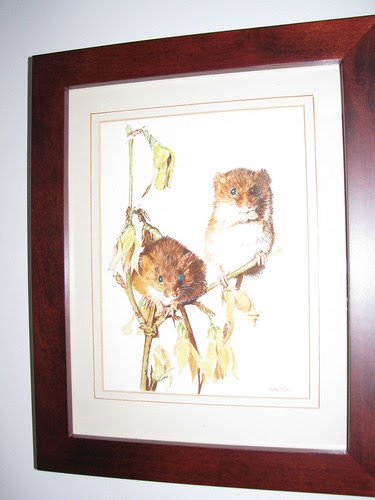 Sorry about the quality of the photos, but it's hard to take photos of pictures when they are under glass.
at November 23, 2011

I love the postbox!!
The dormouse picture is fabulous, just my thing.
Jane x

The postbox takes me back to our life in England...you need the phone box next to it on the wall! He is a wonderful artist...I love water colors and he has done an exceptional job here. I believe I have heard of an artist by the name of Barton. The only watercolor I own is Early SPring Grasmere by W. Beaton Cooper...I love it!
hugs
Sandi
hugs to Molly!

Oh How I love art. Water colours are such a hard medium to master, your step father has mastered it well, they are beautiful.
I love the Barton paintings they are beautiful What a beautiful selection to hang on a wall. Beautiful.
I own some barn water colours from Unknowns my daughter and brother are artists so I like to buy student work. Starving artists is a true statement. B

I also love the postbox, memories!!
He certainly has a talent for painting.
The artist - Barton - must be a relative of mine....my maiden name was Barton. Just kidding....or maybe ....he just might be a long lost uncle, should start on a family tree. lol.
The only watercolours I own are two I purchased in China, they were done by students from an art school. They are painted on paper however, also have a 11/2 inch matting of silk attached. Fell in love with them at first sight.
Patricia

I love the one of the tree and the second water scene! Your step-father is quite talented! Those two mice are adorable as well :o)

Beautiful! He is very gifted!! :) The third is my favourite!!

Your stepfather is a very talented artist. Just beautiful paintings!

Oh my, Gil! What a talent! I love the dormice, too and thought I'd share this video I've just seen this week (you might have to turn up the volume):