To my mind this is the only way to cook a roast of beef now. Its foolproof and so, so simple, and the gravy is so, so good.

Cheap Roast of Beef, DO NOT waste your money on an expensive cut
1 packet onion soup mix (if you do not have that sub: a couple of beef bullion cubes and a finely chopped onion)
1 can Cola...........any type will do, it doesn't have to be "The Real Thing"
1 can condensed mushroom soup (optional, and I never use it) 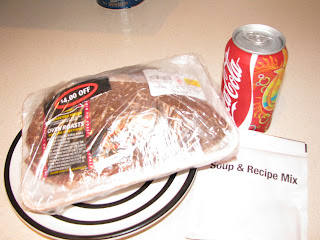 Put meat in crockpot, then onion soup mix, then cola, cover and cook for 10 hours on low. 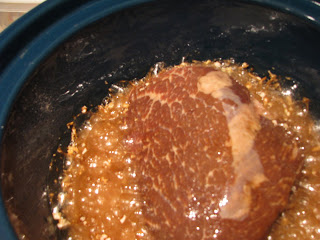 About an hour before the end mix a couple of teaspoons of cornstarch/cornflour with some water and mix that in the liquid, that will thicken the gravy.

Remove meat and carve. The gravy is to die for, its so good. 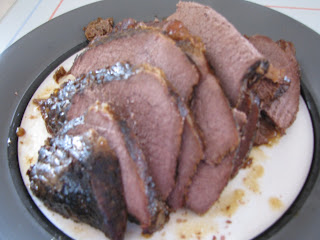 The key to making a good Yorkshire Pudding is making sure you use a hot oven and the lard/shortening in your pan is smoking hot when you put the mixture into it. I never use vegetable oil. The recipe I use is from the Be-Ro Flour Home Recipes book, I have the 40th edition, not sure what edition they are now on, its a British recipe book. 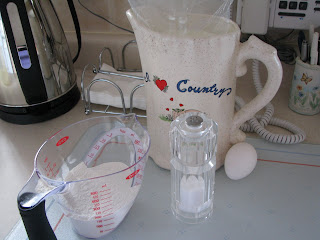 First get a 12 cup muffin pan, and put a dab of either shortening or lard in each cup. Put this pan into the oven and turn the oven on to pre-heat to 450 oF. 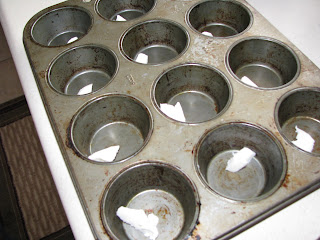 While the oven is heating with the muffin pan in it, mix flour and salt in a large jug, make a hollow in the bottom and drop in the egg, gradually add the milk, stirring all the time. I use a hand whisk to do this with.

When the oven has reached it's temperature, remove the muffin pan, at this point the fat will be smoking. Pour a little of the Yorkshire pudding mix into each cup (that's why we used a jug, makes it so much easier) and put back into the oven, don't dilly-dally, as you want to get the pan back in the oven as soon as possible. 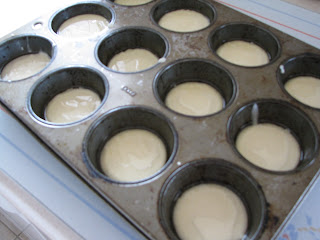 Bake for around 20 minutes, until golden brown. 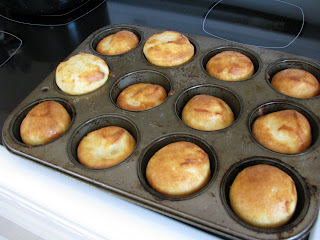 We had this with cabbage for supper and it was good. 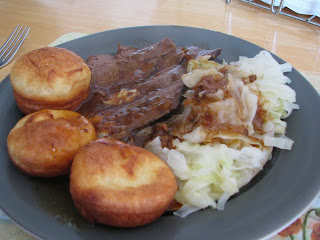 Just extra info. The cola tenderizes the meat. There is no cola or sweet taste what so ever in the gravy, you wouldn't even know there was cola in there.*********

That is my number 1 favorite way to make pot roast as well! Though I have to admit that I use packaged yorkies... they're quick and easy and the whole family enjoys them.

That looks so yummy!

Oh how I wish crockpots were available over here. I don't get why they aren't!

Your dinner looks totally delish - my fasting tummy is a rumblin' right about now!

it was good, and we are having leftovers tonight....yum, yum

Gill, that looks fab! I love a good roast and yorkies! Thanks so much for visiting my blog, I will be a regular here from now on! Much love, Raquel XO

I think our yorkshire recipe is the same. and it is delicious!

What exactly does the cola do to the roast? is it a flavour-er, or a tenderizer?

I appreciate the tutorial for yorkshire pudding I have never seen it done,I will give it a try next time we have roast beef.Thanks!
Diane

Does the roast come out at all sweet? I ask because I can't stand sweet food that isn't supposed to be sweet know what I mean?

You can't beat a good yorkie. Like the sound of he cola too!

I keep hearing about Cola beef. Maybe someday I will hafta try it. I love roast beast!

Sounds good; I'm going to try it. Thanks for visiting my blog, I think I'll be back to check on you again.

Oh, Gill, this looks amazing. I'm looking for some more crockpot recipes as life is too crazy after school with 3 kids especially when ExpatOwl's away.
FYI - A Yorkshire woman told me to have my batter in a jug, open the oven door and pour the batter into the sizzling fat while holding the pan as close to the heat as possible (i.e. you barely take the pan out of the oven.) The yorkshires turn out perfect.

thanks for all your comments,

The next time I make roast been with yorkshire pudding I am going to try it this way. Looks incredibly delicious. Thanks for sharing the recipe.

I use this recipe for roast but never heard of using the coke. I do pour a coke over ham when I cook it. Same as with roast you don't taste the coke.
Have a great wk.
Blessins',Lib

Thanks for stopping by my blog.

That sounds like a great way to cook beef, and I love Yorkshires.

Hi Gill, Thanks for stopping by my blog; this is my first visit to yours.
The crockpot cola beef sounds wonderful and easy, I will be sure to give it a try.
The yorkshire puddings look great, too. I never understood why they were called "puddings" and not "rolls"; just a language thing, I guess!