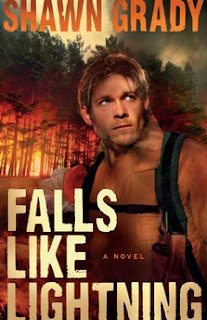 Smokejumper Silas Kent never expected to see pilot Elle Westmore again. In fact, reuniting makes him realize what a mistake he made all those years ago. But before he has a chance to try to make amends, he's called to lead a new crew into battle against a massive fire in the Sierra Nevadas.
And then things go very wrong, very quickly.

A suspicious engine explosion forces the crew to parachute early while Elle barely survives a crash landing. Silas reaches the ground safely, but in beginning a desperate race to reach the downed plane, he soon realizes he has more to fear than just a raging forest fire.
Not sure what to say about this book.  By reading the preview you will never guess what else this story is about, and I am not going to tell you...LOL  It wasn't a book I hated, but it wasn't a book I loved.  Why I say that is the book felt a bit cliche to me, sort of boy meets girl, they fall in love, he leaves her, she picks up the pieces and they meet years later and realise they have always loved one another.  Meanwhile a massive fire starts and then the rest of the story is intertwined in amongst it.
I found some of it a bit too much far fetched for my taste, but it still was an easy book to read, and I thought the guy posing on front of the book reminded me of Kevin Bacon, not that I am a huge fan of his, what do you think?
Star out of 5: 2.5 I neither loved this book or hated it.  It was an okay book and an easy read.  Just wish it wasn't so far fetched with the other plot line.

We are having a bridal shower for dd in October, it's being held by me, groom's mother and maid of honour; figured it was easier throwing one shower than three separate ones.  Dd knows about it, doesn't know where it's being held though, so can't mention it here.  Anyhow, we (her dad and I) are getting her a Kitchen Aid mixer  I have been saving up my Amazon e-cards that I get from doing Swagbucks and while talking to her the other night I discovered they were having a sale on Kitchen Aid at Amazon, so I have ordered her this one: 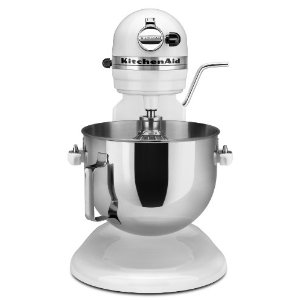 She did want the Apple Green one, but this one has a more powerful motor and is the professional grade one so will last for years.  She knows about it so it isn't a surprise.  So with it being on for half price, plus free shipping and having over $250 in Amazon e-cards from Swagbucks, I paid less than $80 for it.

So now I am back to square one with my Amazon e-cards.  I know I have another $5 one to come this month and am busy saving up for August.  I think I will save them up for Christmas.  For anyone wanting to join Swagbucks just let me know and I will give you some pointers.

If you do join up I would really appreciate it if you joined under my referral link: http://www.swagbucks.com/refer/Appleby

By the way what colour is your Kitchen Aid mixer if you have one, and if you don't want colour would you like to own?

My mixer is red. I bought it slightly used for $100. I always wanted one but honestly don't use it much. I really should learn more about it.

I use a food processor or mix by hand. The food processor is on it's last legs so I will have to think about a new one.
I suppose I need to renovate the kitchen first so I don't choose the wrong colour.
Jane x

My mixer is white and I have had it for many years. It's still working well, however, don't use it very often any more.
Have a good weekend.
Patricia

Hmm...If I had a mizer I would want a red one. I really like red kitchen appliances, I find the liven the place up!

Mine is red! It was a Christmas present from the Hubs and I use it all the time. That and my bread machine. I belong to Swagbucks but I keep forgetting to use it! I would love to get the Amazon gift cards -- any tips?

I got a beautiful "cocoa silver" one for my 30th birthday. I saw it on sale at 50% off 4 months before my birthday and dragged my poor OH to buy it. He had said for a year that it would be my 30th b'day gift. I wasn't allowed to use it till my birthday though which was tough!
I use it all the time and love it, my OH also uses it a fair bit for making bread.

That's the mixer I have as well! I love the fun colored ones, but like you, went with the more expensive/powerful model. So white it was! I love mine to bits! Use it all the time!! :)

Mine's cocoa silver too, got it for free with Airmiles. (right off the site). I use it every week, and sometimes several days in a row. Don't know how I ever lived without it!